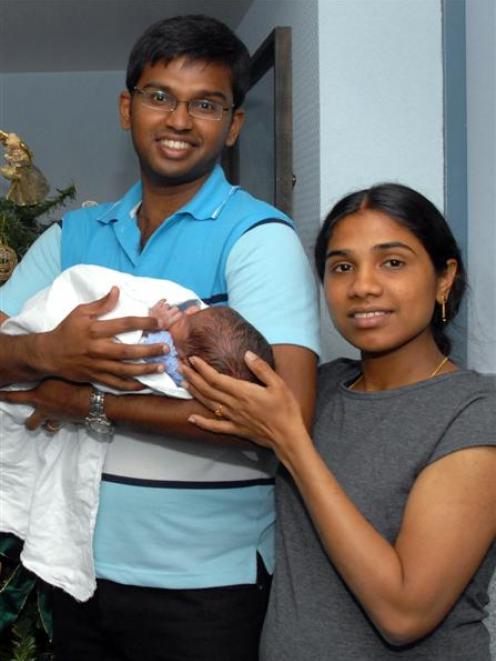 Tony and Rexy Arulanandam with Rohan Savarimuthu. Photo by Gregor Richardson.
Christmas will never be the same again for the Williams and Savarimuthu families.

"It's the best present ever," Mrs Williams, of Stirling, said.

However, it meant it did not feel like Christmas for the couple, who were already planning midyear parties to celebrate Maia's birthday.

Tony Savarimuthu and Rexy Arulanandam, of Dunedin, had two due dates for Rohan.

"We thought he might come on our wedding anniversary on the 23rd, but no, he came right in the middle," Mr Savarimuthu said.

Rohan was their first child and the first grandchild for both sides of the family, so there was much to celebrate, they said.