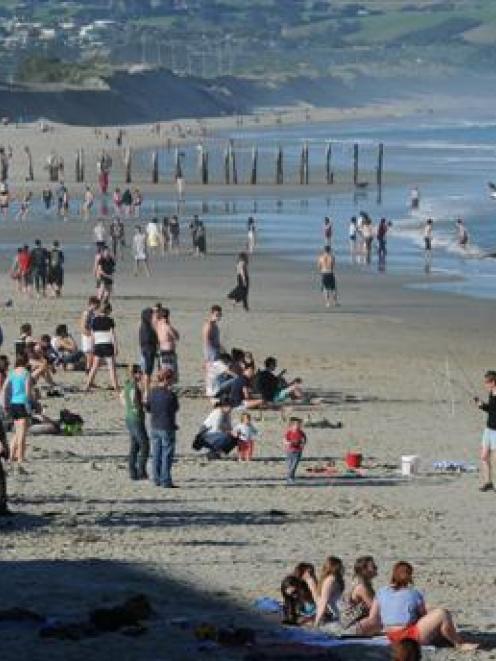 MetService has acknowledged Christmas Day temperatures in parts of Dunedin may well have been higher than the official reading of 21degC.
People outraged Dunedin City's official temperature for Christmas Day was only 21degC need to be aware the figure is only ''spot data'', the MetService says.

The city has three official weather stations - one on top of the Dunedin Public Art Gallery in the Octagon, a Niwa-run one at Musselburgh which recorded 23.6degC on the day and one at Dunedin International Airport, which recorded 27.1degC.

The gallery site, funded by the city council but run by the MetService, was installed in 2006 to supply temperatures for the council website and television news instead of the Musselburgh site, which had generally been thought to be in one of the coolest parts of the city.

MetService forecaster John Law said the site was chosen because it was considered more representative of the central city and its weather.

''Ideally, we'd like more of them [weather stations] but the cost involved keeping the records meant it's not possible.''

''It is completely likely there were higher temperatures - it all depends on exposure and wind direction.''

Amateur weather statistics gatherers should ensure their gauges were in an exposed setting but not in full sun and not against a wall, which could reflect heat, he said.

Dunedin hydrologist Dave Stewart said it was likely a light breeze made for cooler temperatures in the Octagon than at Musselburgh.

The sea breezes which affected parts of the city meant those areas were usually cooler than sheltered suburbs, which would have recorded 25degC to 27degC on Christmas Day, Mr Stewart said.