New rules governing when and where alcohol can be sold in Dunedin could be reviewed earlier than legally required.

The city's local alcohol policy, which came into effect on February 1, by law does not need to be reviewed until 2024.

Developed in 2014, it took four years of appeals and challenges before the Dunedin City Council was able to sign off the new rules, late last year.

One section of the policy, which sets the closing hours at midnight on Friday and Saturday for on-licence premises in or next to residential areas, is now being challenged by seven bars.

Council customer and regulatory services group manager Adrian Blair said it was likely consideration would be given to an earlier review.

Depending on how the policy operated during the next 12-18 months, a review could possibly take place in 2021.

Given how new the policy was and how long it had taken to develop, it would be prudent to understand how it operated in practice and then consider if an early review was desirable, Mr Blair said.

Hospitality New Zealand Otago president Mark Scully said his understanding was any part of the policy could be reviewed at any time.

If that was the case, he would support a review of the section covering residential bars.

"If everyone is happy with the other parts of the policy, which I think they are, then they could just review the residential element. I think that would be worth doing."

It was clear there had been a misunderstanding about how the new residential hours would be enforced, so it would be fair to those bars affected to have that section reviewed, he said.

"It was a troublesome document for the council, it went on and on, so I can see why they wouldn't want to do a full review, but why couldn't they do something like look at the residential aspect of it?"

Dunedin Mayor Dave Cull said he felt the residential question could be addressed by the Dunedin district licensing committee first but if it continued to be an issue then it was only fair it was scrutinised again.

If the government made changes to the regulations governing alcohol and the council believed it could get any proposed changes through the appeal process, it should consider an early review, Mr Cull said.

He was pleased the policy seemed to be working well. 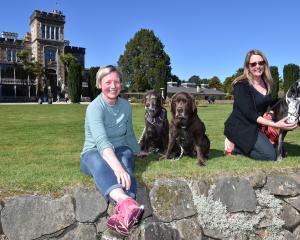 What a huge waste of money the whole process has been and continues to be.