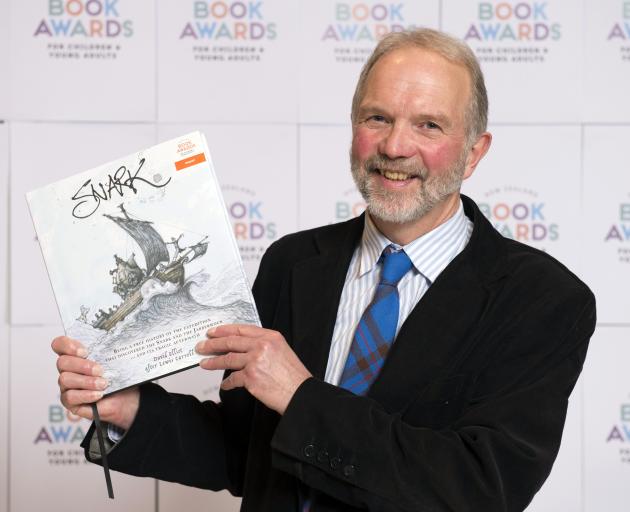 Elliot's imaginatively illustrated picture book Snark: Being a true history of the expedition that discovered the Snark and the Jabberwock ... and its tragic aftermath also won the Russell Clark Award for Illustration.

It had been ``absolutely fantastic'' that Otago University Press had published the book.

Creative New Zealand had also played a crucial role several years ago by providing funding for him and his wife Gillian to travel to Oxford, in England, to undertake key research on an evocative island world linked to Lewis Carroll's Jabberwocky and The Hunting of the Snark poems, he said.

Written and illustrated by Elliot, Snark was praised by awards judges for its ``rich imagery'' and ``compelling storytelling''.

``It draws readers into the tale of Lewis Carroll's poetry like never before.''

Judging panel convener Pam Jones said Elliot's draftsmanship was ``outstanding'', but it was the ``cohesive way he has combined all elements of this book'' that had ``won the judges over''.

Snark is described as a tumultuous romp through worlds created by Lewis Carroll, brought to life through Elliot's vivid imaginings and fabulous art.