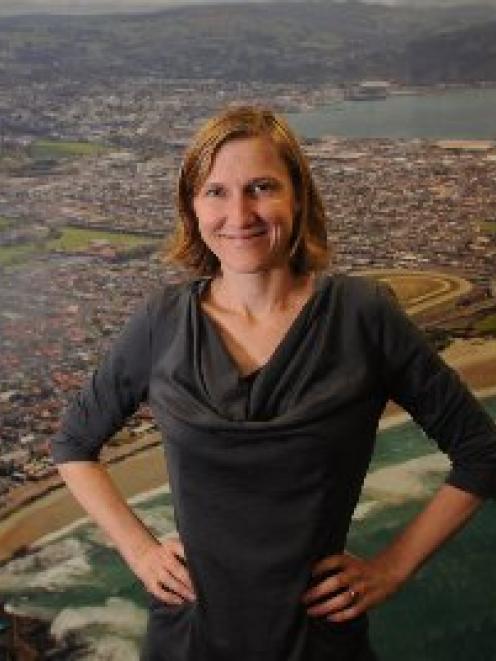 The issue is one that does not always find 100% agreement, either in the council or the community.

But it is probably a prerequisite for a sustainability adviser to take a different view, and when she had gathered her thoughts, Ms Hayward presented her view strongly.

"We insure for potential earthquakes and other sorts of hazards, but you can't really insure for climate change. It's something you just have to take into the planning," she said.

"Otherwise, it's a big gamble.

"It's a responsibility for future generations."

And, it is those generations that are more likely to accept humans have a role in climate change, Ms Hayward said.

"It's not much of a debate with young people," she said.

Originally from Sydney, Ms Hayward has a degree in chemical engineering, a diploma in marketing, and has more recently completed papers in contemporary environmental policy.

A job at the Greater Wellington Regional Council brought her to New Zealand in 2005.

She began her new job in Dunedin two weeks ago.

Her role was created as the local authority tried to come to terms with how to react to climate change issues, amid strong messages from the public during annual plan submissions it should have already begun.

It follows a council-commissioned report last year by University of Otago emeritus professor of geography Blair Fitzharris that made it clear the city would face some difficult choices by the end of the century, with sea-level rise expected to cause serious problems in South Dunedin, St Kilda and St Clair.

The area was identified as one of five "hot spots", the others being the lower Taieri Plain, including Dunedin International Airport; populated estuaries along the coast; the ecosystems of upland conservation regions; and the harbour shoreline, including the entrance to Otago Harbour.

Despite expecting a "broad range" of work looking at climate change adaptation, it was the South Dunedin issue she expected to have to deal with first.

At the Greater Wellington Regional Council, she worked as a sustainable business facilitator, focused on the business community, helping them with sustainability and, more specifically, energy and water efficiency and waste minimisation.

An example of the sort of work she did was a programme run with 20 Wellington businesses, called "eMission".

It involved an analysis of the businesses' energy , fuel and water use, and waste.

"Alongside that, there was a carbon footprinting aspect to the programme, so all the businesses got solutions to energy efficiency and waste minimisation, but also a carbon footprint, which showed them where their biggest carbon emissions were."

One of the "star players" was a Wellington supermarket that joined the programme and found "a lot of things they could improve".

That company now boasts on the regional council's website it has reduced its waste to landfill, saving $11,000 in the 2009 financial year, reduced its energy consumption, saving $54,000, and its water consumption, by 4374cu m.

Ms Hayward said while she had only been in Dunedin a short time, she had become aware of a "risk management approach" to the problem.

That meant building on what was already in place to deal with problems like flooding, or storm surges.

"Using a risk-management approach, I think, is really the key."

Apart from that, she would be working on a peak-oil strategy for the council.

To those who did not believe the science of climate change, she pointed to the "90% to 95% of the scientific community who do believe that it's true".

That was one reason "why we should be taking this precautionary approach".