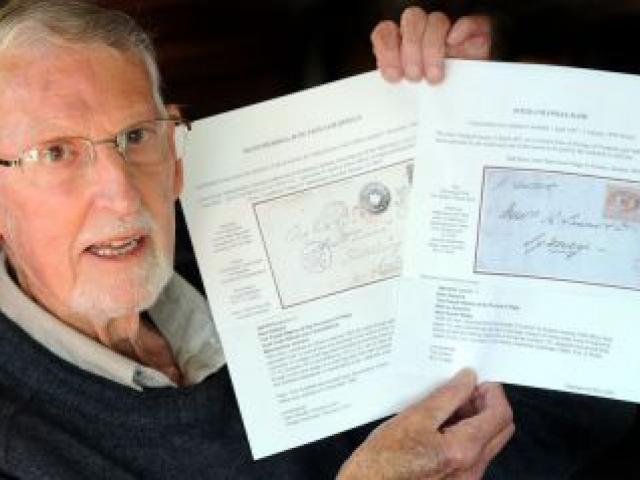 Stamp collector Greg Francis with copies of two items he sold in a London auction recently. Photo by Craig Baxter.
A Dunedin collection of historic envelopes has sold for more than $100,000 at a London auction.

After nearly 40 years building his award-winning Otago postal history collection, Waverley man Greg Francis (74) decided it was time to part ways with his set of original envelopes posted to or from Otago between about 1840 and 1900.

''I'd added one item, I think, in about two years ... so there was not much thrill in doing it any longer,'' he said yesterday.

All 201 envelopes in his internationally recognised collection were offered for sale by London auctioneers Spink and Son last month.

Several items sold for nearly 3000 each, and an Australian buyer paid about 4800 for one envelope that had valuable stamps attached.

Other items in the collection went to buyers in the UK, Ireland and the United States.

Mr Francis felt some of the envelopes that did not sell had been overpriced - some as high as 8000.

Since the auction, he had received many inquiries from buyers hoping to make offers on the remaining items.

But he thought he might let matters settle down for a while, he said.

''I didn't really sell it because I needed the money.''

Mr Francis started collecting when he was aged 8 and has been selected to show his work at exhibitions throughout the world.

He has now started a new project collecting New Zealand fiscal stamps, which were proving particularly scarce, he said.

Some of last month's sales of the Otago postal artefacts have made international headlines.

The Irish Independent reported one of the items in the collection, which was sent from Dunedin to Rathbourne, Kilkenny, in 1863, had sold for 1058 ($1670), making it ''one of Ireland's most valuable envelopes''. 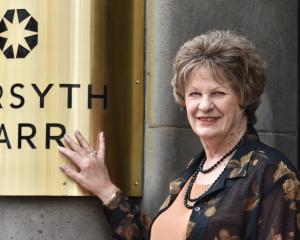