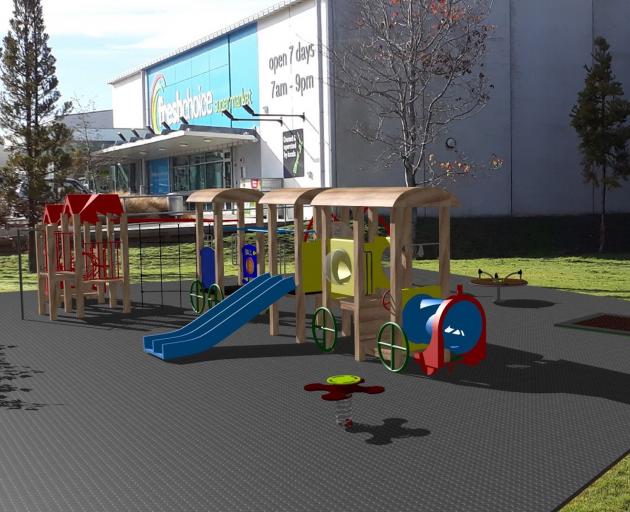 Greater Green Island Community Network community worker Amanda Reid said she was amazed at how local businesses and residents had rallied behind the project.

"It shows how much the community wanted this playground. They have been very generous and supportive,'' she said.

After 1400 people responded to surveys with different options, it was decided there were already playgrounds available for school-aged children and the new one would be designed for 0-6 year olds.

The fenced playground at the Green Island Memorial Garden will be designed to resemble a train and include swings, a roundabout and a trampoline.

The committee originally hoped to raise $150,000, but after the positive community response, the target was raised to $200,000.

This meant that the roundabout and trampoline would now be wheelchair-accessible, Mrs Reid said.

Fundraising has included two quiz nights and a Queen's Birthday fun weekend, as well as donations from local businesses, individuals and groups.

This month, a hunting and fishing competition was hosted by the Commercial Hotel as a fundraiser for the playground.

The Dunedin City Council chipped in with a $18,000 grant and the council will also maintain the facility.

Mrs Reid said the RSA had been happy for the Memorial Garden site to be used, as a lot of veterans went to war in the hope children could play freely.

The network had applied for a Lotteries grant to cover half the playground costs, which Mrs Reid hoped would be approved by December.

Work on building the playground was projected to start in March next year and would take about six weeks.