Company fails to deliver for ORC

Some of the 11,000 consultation documents on massive rates rises not delivered to Otago residents were mistakenly sent to an area outside council boundaries.

The Otago Regional Council is reviewing if it will take any more contracts with the delivery company, which has admitted it "failed".

The council issued an apology for the non-deliveries this week. 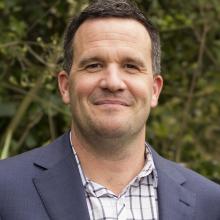 Richard Saunders
Regulatory and communications general manager Richard Saunders said it was the first contract it had given Reach Media, and the council was reviewing the company’s performance, as well as its own decisions around consultation methods.

The council understood one of the reasons for the non-delivery to swathes of Otago was "unexpected unavailability of delivery staff on the ground" and that the undelivered documents had been recycled, Mr Saunders said yesterday.

It was revealed on Thursday that residents in parts of Dunedin, Oamaru, Balclutha, Mosgiel and Cromwell had not received the council’s long-term plan consultation document.

It says the increases are due to a more intense workload for the council, largely related to new national water policies.

Consultation on the plan was to close on May 9, but submissions will now be accepted up until May 16.

It was also revealed yesterday that people in Omarama, which is in Environment Canterbury’s patch, received copies of the Otago Regional Council’s consultation documents.

An Omarama resident told the Otago Daily Times that every box holder in the town received the document.

Mr Saunders said the council was unaware of any deliveries occurring outside the region, but would follow it up with Reach Media.

Reach Media yesterday said its delivery method could have been "better considered".

Chief executive officer Struan Abernethy said the company reacted quickly when it became aware of the issue and was working with the regional council to "make good on this failing".

"In this instance, the rate of non-delivery was higher than industry standards. We acknowledge that the suggested method chosen for delivery should have been better considered.

"We are committed to upholding our purpose of distributing key information for our customers. This is a very uncommon and unfortunate occurrence."

Reach Media was still investigating how the non-deliveries happened.

Mr Saunders said no decision had been made on whether the council would try to reclaim any money from Reach Media.

Issues had been identified with 12.1% of 92,206 total delivery points around Otago, accounting for about 11,100 non-deliveries.

People who want to receive the document will have to contact the council to request a copy.

It will also be made available at some supermarkets and libraries.

Dunedin City Council communications and marketing manager Graham McKerracher said some of its long-term plan consultation documents had also not been delivered in parts of Dunedin.

Its contractor had been required to return and deliver to addresses the council had been made aware were missed.

He did not name the delivery contractor, but said the city council did not use Reach Media.