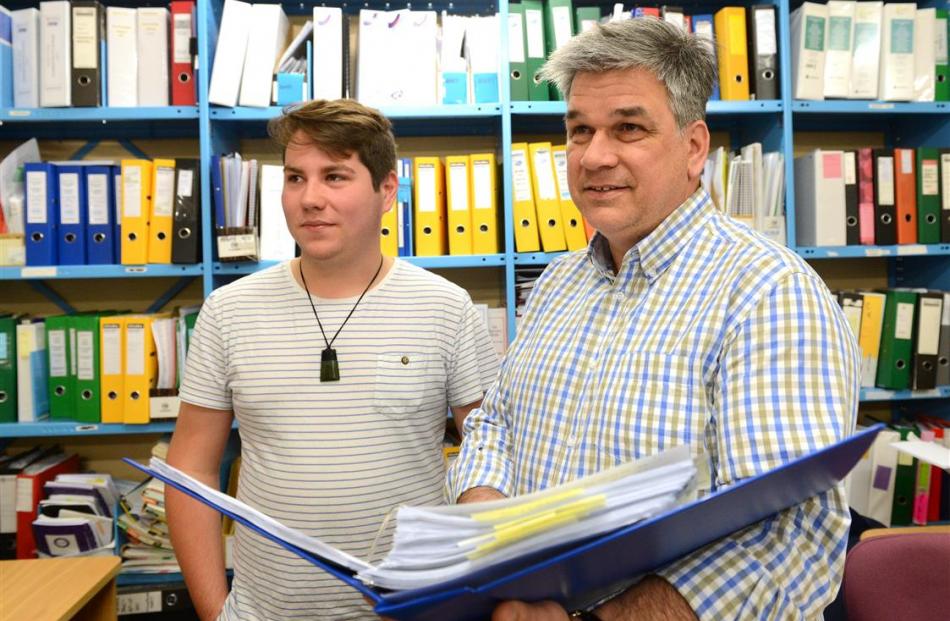 The medical student son of a Dunedin Notorious Mongrel Mob member is proud to be using his connections in a positive way.

Second-year University of Otago medical student Jordan Tewhaiti-Smith, whose father Wally Tewhaiti is a member of the Dunedin chapter, has helped a leading hepatitis C researcher work with gang members.

Mr Tewhaiti-Smith worked with Associate Prof Michael Schultz on the research, which involved Dunedin and Wellington members and was aimed at educating and testing a "hard-to-reach'' and "high-risk'' section of the community.

His family was proud of the work he was doing.

"I am one of the first out of our family to ever go to university, so things like this, they are just ecstatic about.''

He said getting gang members to take part was possible because of the new philosophy among many Mongrel Mob members of putting whanau first and "their stuff afterwards''.

"Five years ago, you would have never got them all in one room doing something [like this].''

Having just passed his second year, he hoped to work on more research aimed at helping those who were part of the community he had grown up in - "that's why I got into medicine'', he said.

His next project was looking at barriers to primary health care for children from hard-to-reach communities.

Prof Schultz said the research was "one of the more interesting projects'' he had worked on and believed it would make a real difference when it came to figuring out how to access "hard-to-reach'' people.

As part of the research, 14 Dunedin Notorious Mongrel Mob members and associates were questioned at a "health hui'' in September about their hepatitis C knowledge and tested for the disease.

Prof Schultz and other Dunedin health professionals repeated the exercise in Wellington with 21 members of the gang last Saturday, with access once again organised using Mr Tewhaiti-Smith's family connections.

In both cities, no cases of hepatitis C were found, but knowledge of the disease was found to be "extremely limited''.

For example, in Dunedin, most of the members did not know treatment for the disease was funded, there was limited knowledge about the risk factors and most people thought between 10% and 20% of people were affected by the disease, when the actual figure was about 1%.

In Wellington, some liver problems were found and it was hoped those who had problems would now get further treatment.

However, the key result from the study - which is likely to be published next year - was that it was actually not too difficult to reach people who were supposedly "hard to reach''.

A tentative date had been set for next year to meet Wellington gang members again and discuss other health issues, such as cardiovascular and renal disease.

The research was a follow-up to a study carried out in Dunedin three years ago, which showed men of non-European descent from lower socio-economic backgrounds had the highest rates of the disease and knew the least about it.

That study, which was published this year, involved sending questionnaires to random Dunedin residents between the age of 40 and 59 and testing for the virus.

It showed between 3.3% and 4% of people in that age bracket had the disease, which was surprising given the overall New Zealand rate was about 1%.

The gaps in knowledge it exposed among some sections of the community were worrying, given some people had hepatitis C without knowing it.

This was problematic for two reasons - firstly because they could spread the virus and secondly because their symptoms could deteriorate, leading to liver cirrhosis or eventually liver cancer.