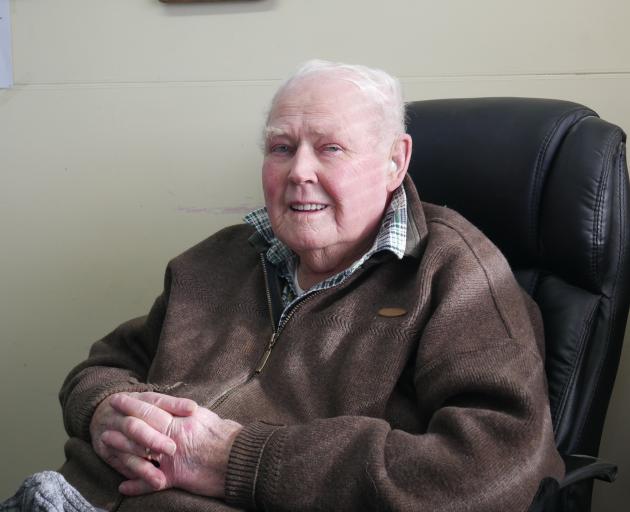 Mr Ellis was a Abbotsford resident and local contractor who lived on the corner of Christie and Penrich Sts.

On the night of August 8, 1979, he was working with loader driver the late Ross Finlayson and resident/Dunedin City Council building inspector Colin Gray to fill cracks in the streets, as he had done for the previous 10 weeks.

He would take metal from his George Ellis Transport yard in Brighton Rd, which would be compacted and used to level the ground.

"[The crack] would get wider and the metal we'd put in would drop down so we'd build it up again.

"Some days it hardly shifted, other days it shifted considerably.''

That night, it had dropped further than usual.

As he was backing in his third truck-load of metal, he realised the lights on the loader were getting lower and lower.

The men hid in the truck until it stopped.

When it was safe, Mr Ellis manoeuvred his way down the hill to see his family, taking shelter in the hedges from breaking power and telephone lines. 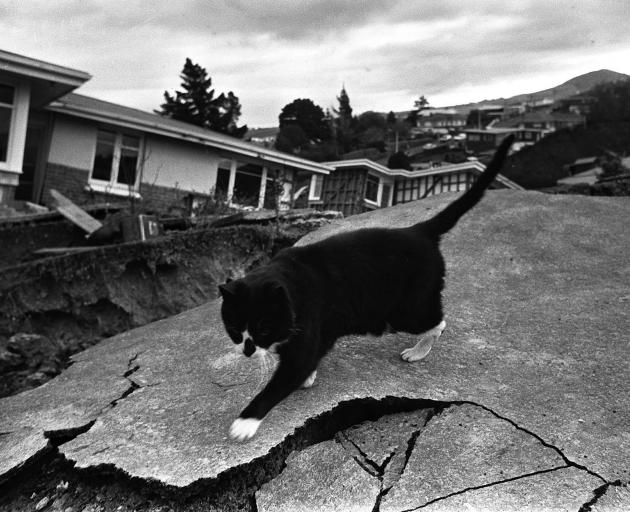 A cat navigates its way over the cracked ground. Photo: ODT files
His house was one of the many damaged in the slip - there was a stream running through the basement, cracks in the foundation and the ground had shifted in places - but he was told it would be fixed by the Earthquake and War Damages Commission.

So, he, his wife and six children moved into caravans on Mr Ellis' transport site for three months.

The house was fully insured, but Mr Ellis was told the commission would only pay the market value of the house so he would receive only two thirds of what it was insured for.

"I'll never forgive them for that.''

With the help of the Green Island Borough Council, the commission agreed to buy the house and relocate it to another part of Abbotsford, and the family moved up the hill into Mitchell St. 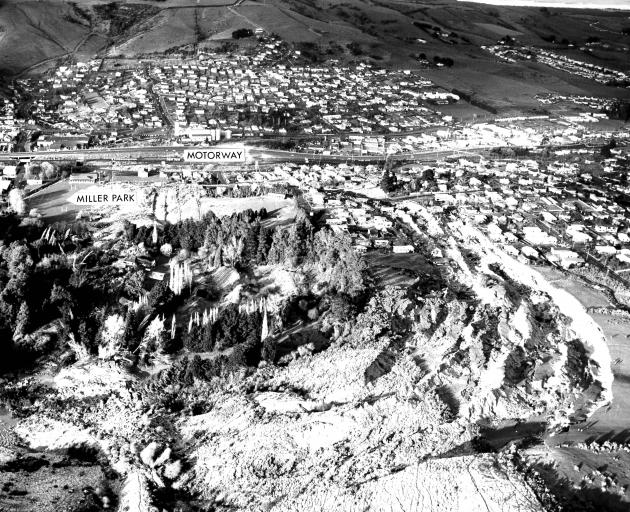 "For 10 weeks he spent most of every night on the hill.

"I was borough contractor and the only nights he got a spell was when I relieved him, but he just about lived on the hill.''

Mr McKercher would often be out between 2am and 4am, Mr Ellis said.

"He certainly didn't have to, and that's how dedicated he was.

"He was an absolute key figure.''

Mr Ellis said the landslip had left a mark on his life, and it was lucky no-one had died.

"It probably took me four to five years to really get it out of my mind a bit.

"Anybody who went through that slip will never forget it.''