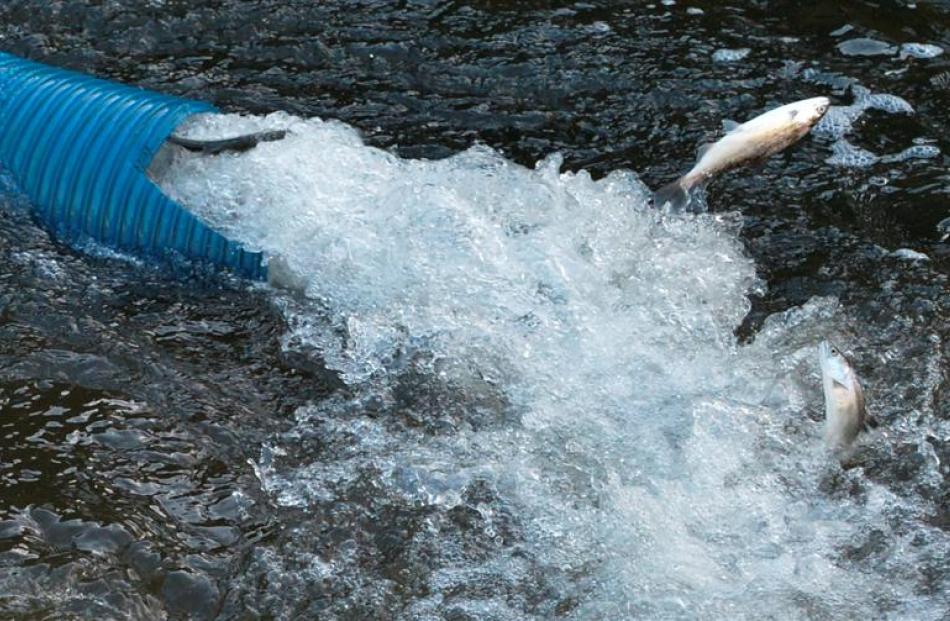 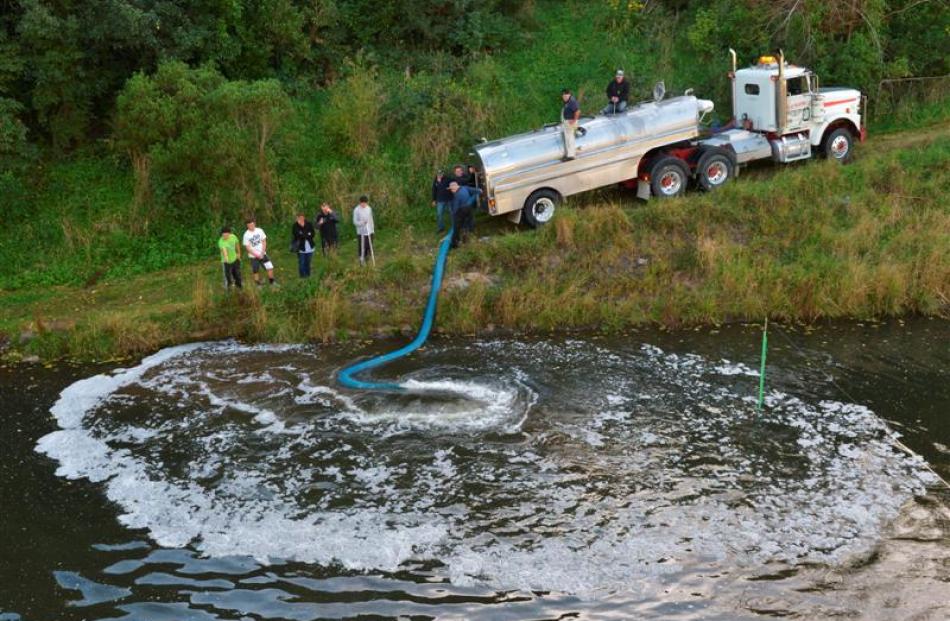 The new Dunedin Community Salmon Trust tanker is used to release 5500 salmon smolt into the Water of Leith yesterday morning.

Anglers were delighted when more than 30,000 fish got away in Dunedin yesterday.

The Dunedin Community Salmon Trust and PricewaterhouseCoopers staff volunteers released more than 30,000 salmon smolt into the Water of Leith yesterday.

The smolt were transported from the Sawyers Bay hatchery using a specially converted milk tanker.

''It's always a good feeling when we release, as long as they don't go in dead. There's usually a few that get banged on the head,'' hatchery manager Roger Bartlett said.

It was the third release this year but the first using the new $5000 tanker.

''It's an awesome feeling. This is what it's all about,'' DCST chairman Brett Bensemann said.

''After we release the fish, it's up to them. Once they're in the Leith, they get an imprint of the Leith water and they come back to where they were released, because of the imprint.''

The trust plans to release more than 220,000 smolt this year, with the help of partners the Tautuku and Green Island fishing clubs, Otago Salmon Anglers and Salmon City supporters.

''By having everyone involved, we're creating a base. We want Dunedin to become `Salmon City','' Mr Bensemann said.

''Salmon bring a huge amount of money into the city, provide food for the table and it's such a great sport for kids.''