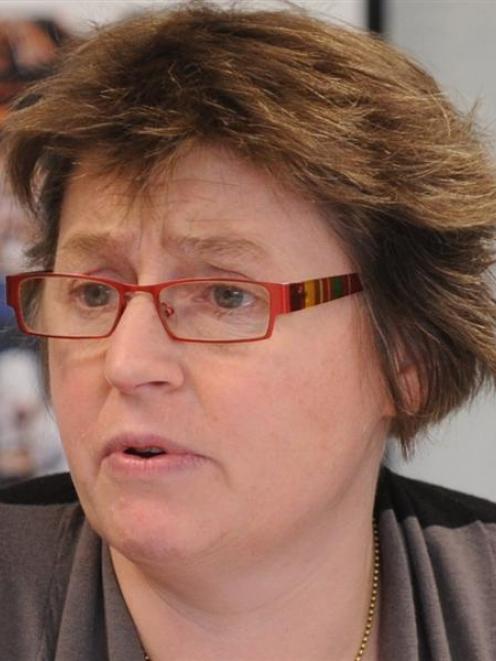 Kate Wilson.
The amount of fluoride being added to Dunedin's drinking water is to be reduced within days, after city councillors opted to play it safe despite lingering doubts over the science behind the debate.

The decision, pushed for by Cr Kate Wilson, came despite a warning from council staff, who said the change could result in the fluoride level dropping below Ministry of Health guidelines on occasions.

It came just after councillors decided yesterday to seek more direct advice about fluoride from the Ministry of Health, to try to resolve lingering confusion about the science behind the debate.

They also voted to ask council staff to investigate the best way of providing an alternative, non-fluoridated drinking water source, such as a public tap, for opponents wanting to avoid the chemical. The decisions came on the second day of the Dunedin City Council's 2013-14 draft annual plan deliberations yesterday, in response to 34 public submissions on fluoride - the most on a single subject this year.

The chemical was added to 85% of Dunedin's drinking water, and was credited by health authorities with improving dental health in the city, but opponents said it was toxic and argued against ''mass medication''.

Councillors yesterday voted unanimously to support moves by Cr Jinty MacTavish, who suggested the council investigate an alternative supply and the cost, while also seeking ''direct engagement'' with the ministry over fluoride advice.

However, councillors split when Cr Wilson suggested the amount of fluoride being added to the city's main supply be reduced from 0.85mg per litre to 0.75mg per litre.

That would still fall within ministry guidelines, which recommended a dose of between 0.7mg per litre and 1mg per litre for dental health benefits, she said.

However, council water production manager Gerard McCombie said the actual dose administered was not 100% accurate, and could fluctuate mainly to levels slightly below the intended dose.

At the moment, the dose fluctuated between 0.75 and 0.85, but if the council aimed for 0.75, there was a risk actual doses would drop below ministry guidelines on occasion, Mr McCombie said.

Cr Richard Thomson opposed the move, arguing the decision was being made ''on the hoof''', and lowering the level risked securing all the ''alleged'' problems of fluoride without any of the benefits.

Mayor Dave Cull also worried the change would send a signal to the community ''that we have already made up our mind''. 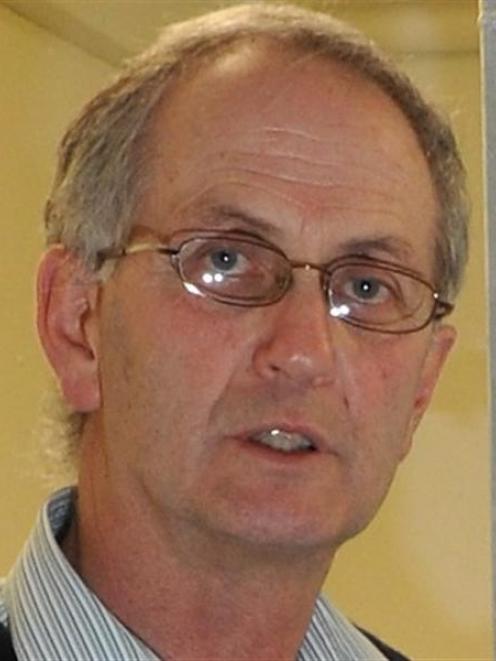 Gerard McCombie.
However, deputy mayor Chris Staynes was among supporters, saying the change mirrored a push towards a lower level in the United States, but would still provide health benefits.

Cr Lee Vandervis said the change was a ''moderate'' decision in favour of ''being a bit careful'', which he hoped would go further in time.

Cr Wilson said councillors needed to ''take ownership of the issue'' rather than deferring to others.

''I have heard enough concern that we should be taking a precautionary approach and setting new guidelines.''

Earlier, councillors expressed support for investigating an alternative, non-fluoridated supply, and seeking more direct information from the ministry, but not a city-wide referendum.

Cr Thomson said some people opposed to fluoride had ''very valid concerns'', and the debate was far from settled, but a public referendum was not ''a good way to do science''.

''If Columbus had a public referendum about whether the Earth was flat, he would never have discovered America.''

Cr Bezett agreed, saying public submitters ''are not experts, and neither are we''.

Cr Staynes said he had been a supporter of fluoridation, but felt ''more and more exposed'' by conflicting evidence, and worried he was involved in administering something people should not be receiving.

However, a public referendum would only lead to more ''emotional arguments'', when more facts were needed, he believed.

Cr Bill Acklin said he was ''certainly not a scientist'', but had personal experience of the difference fluoride had made in Dunedin.

''I have got a mouth full of fillings and I have got four kids with no fillings, so something must be different.''

Cr Paul Hudson said European and Scandinavian countries appeared to be moving away from fluoride, as had the council in Timaru, and they must have been persuaded to do so by some new evidence.

He wanted staff to report back on the cost of a city-wide referendum on fluoride, ''so at the appropriate time we can in fact, if necessary, have a referendum ... [and] let our ratepayers decide''.

Mr Cull said he supported investigating an alternative supply, as he did not believe the scientific debate would ever be resolved.

Eventually, even with more ministry advice, the council would have to make ''a moral decision''.