A structural engineer advocating for a Mosgiel couple facing a large bill to fix an unconsented retaining wall is determined to keep up the pressure on the Dunedin City Council.

The council had so far allowed a developer to get away with producing work inconsistent with what was consented and it had neglected to run a sound process itself, Bruce Chisholm said.

Neither the developer, Gladstone Heights Ltd, nor the council has accepted liability for any problem at the Irwin Logan Dr property.

However, the council offered to work with all parties to try to reach an amicable solution.

The retaining wall, running beside a watercourse, was built sometime after a culvert connected to the property and the watercourse was signed off in 2018, a city council spokesman said.

The wall was put there without a building consent or the council’s knowledge, he said. 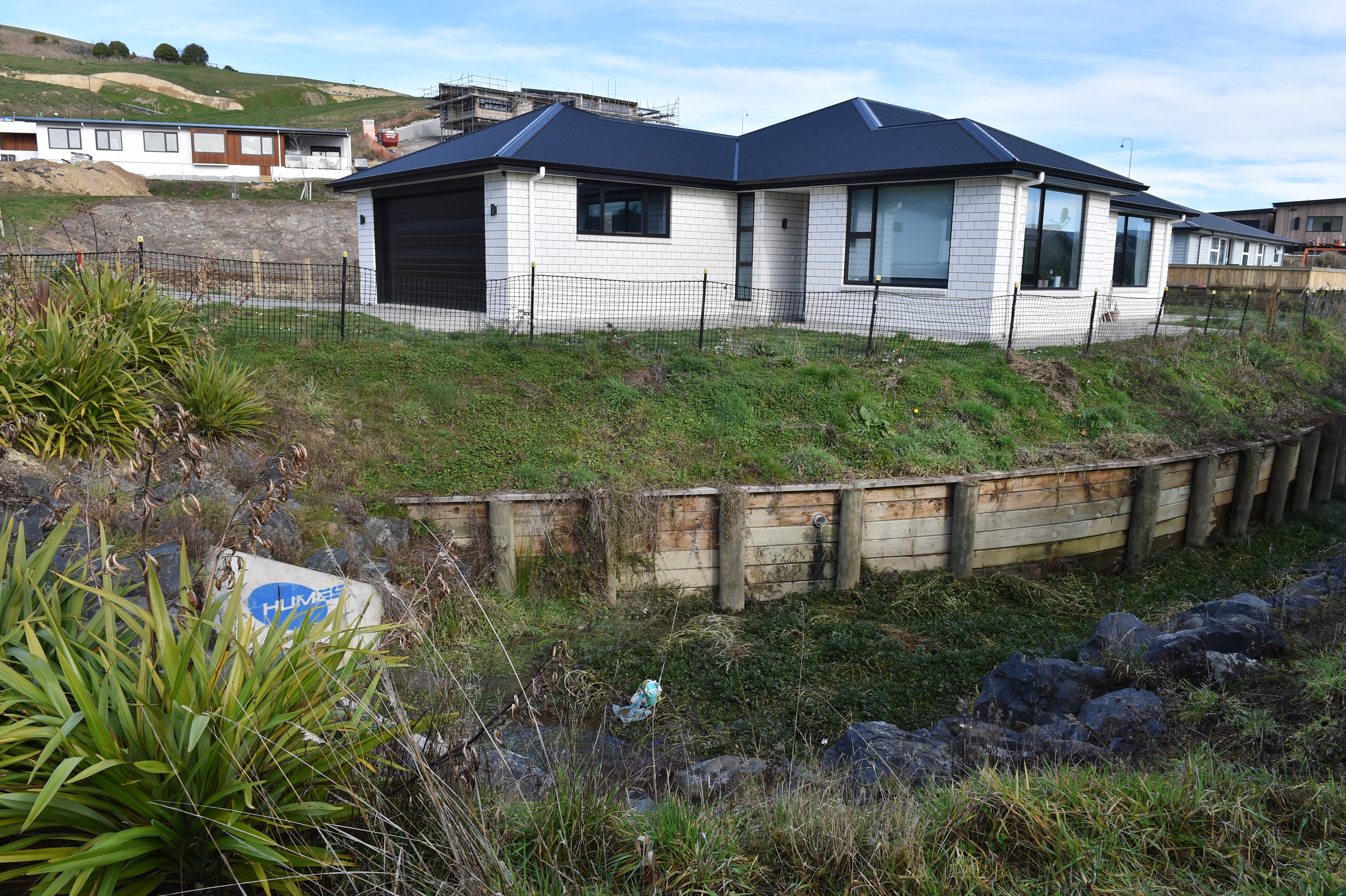 The owners of this Mosgiel home have been told to fix a retaining wall on their property or face a fine of up to $200,000. PHOTO: GREGOR RICHARDSON
A report by Mr Chisholm for Hanlon and Partners last year found the wall was substandard, but the engineer was then aghast when the council imposed a notice to fix it on the new homeowners, Himanshu Dua and Renu Anand.

Mr Chisholm has called for the notice to be imposed on the developer instead.

Gladstone Heights representative Rennie Logan has argued the landowner created a problem by raising the site behind the "landscape wall", turning it into a retaining wall.

Mrs Anand said the council had accepted the situation was not the fault of her and her husband.

The couple had trusted the council and took some confidence from a code compliance certificate the council issued for the culvert.

They had done their due diligence before buying the section and then building on it, she said.

Drawings submitted by Logan Projects Ltd in 2015 as part of the consenting process showed a watercourse lined with rocks.

The council disclosed this week it received revised plans in May 2018 and issued the compliance certificate relating to the culvert the following month.

Mr Chisholm said the 2018 revision did not appear to contradict what had been drawn up in 2015 for the watercourse through the couple’s property, but the work undertaken did not match those drawings.

He also drew attention to a maintenance inspection the council had said it would do, but for which it had no record.

Dunedin City Council community services general manager Simon Pickford said a notice to fix would probably have been imposed on the homeowners regardless.

If an inspection had identified the retaining wall as a problem, the council would have "followed up with the developer" and probably also issued the notice to fix against the homeowners, he said.

"Once the homeowners took ownership of the property, they also took on responsibility for the wall," Mr Pickford said.

'Developers' exist to take the money and run.
They are desperately evading liability by hiding behind accusations of faulty 'processes'.
To find a culprit, always follow the money.