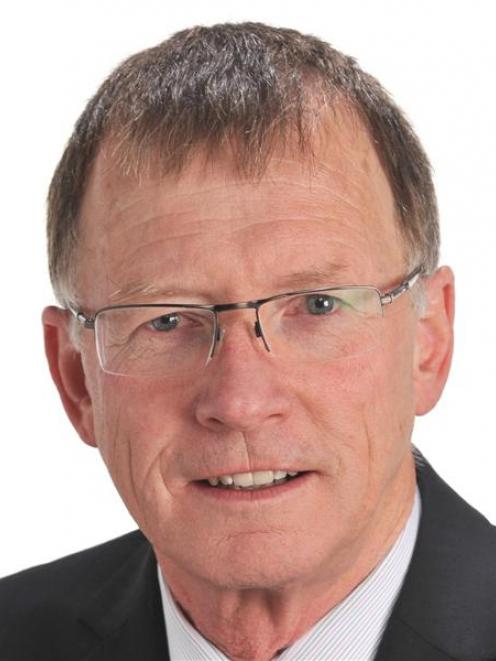 Fraser McRae
The Otago Regional Council says it will regularly meet the Dunedin City Council until stormwater problems on an Otago Peninsula property are resolved.

The comment came from ORC director of policy planning and resource management Fraser McRae after a ''productive'' meeting between senior staff from both councils yesterday.

The meeting was called after the Otago Daily Times on Monday revealed the extent of stormwater problems causing slips and erosion on Steve and Lorraine Hawkins' property at 240 Portobello Rd.

Mr McRae said yesterday's meeting went well and the DCC planned to prepare ''a programme to resolve the issues''.

He could not elaborate on the details, but the options were those already on the table - a variety of engineering solutions, an agreed purchase of the property or acquisition using the Public Works Act.

''We discussed those options. They're going to look at which, and how much of each of those, they're going to pick up to go forward, clearly recognising there's a need for some works in relation to stormwater management,'' Mr McRae said.

The meeting came after a three year dispute between the DCC and the Hawkins, who blamed the city council for an increasing volume of stormwater, and associated damage, on their property.

The council has refused to accept liability, but insisted it had made ''exhaustive'' efforts to try to resolve the dispute - including earlier offers to fix the problem or buy the property.

The Hawkins maintained engineering solutions suggested by the DCC were unworkable, and its valuation for their land was too low.

Asked after yesterday's meeting if the DCC now accepted liability for the stormwater problems, Mr McRae said: ''Not in so many words, no.''

''They see that there's an issue that needs to be addressed, and that they are the prime party involved.''

The ORC wanted to stay on top of the issue, and both councils had agreed to meet every two weeks until the matter was resolved, he said.

Despite that, he was ''absolutely'' happy with the DCC's approach to resolving the issue.

''They've been involved in it for some time ... they would like it resolved. There's no reason for them to want to delay, and they have, from their perspective, been trying to get resolution to this for some time.''

Any timeline to resolve the issue depended on the Hawkins' willingness to enter arbitration, but that would hopefully be clarified once the Hawkins met their lawyer again next week.

Once their position was known, the DCC's options and timeline would be clearer, she said.

She declined to discuss issues of liability, except to acknowledge the stormwater was one factor contributing to problems at the property.