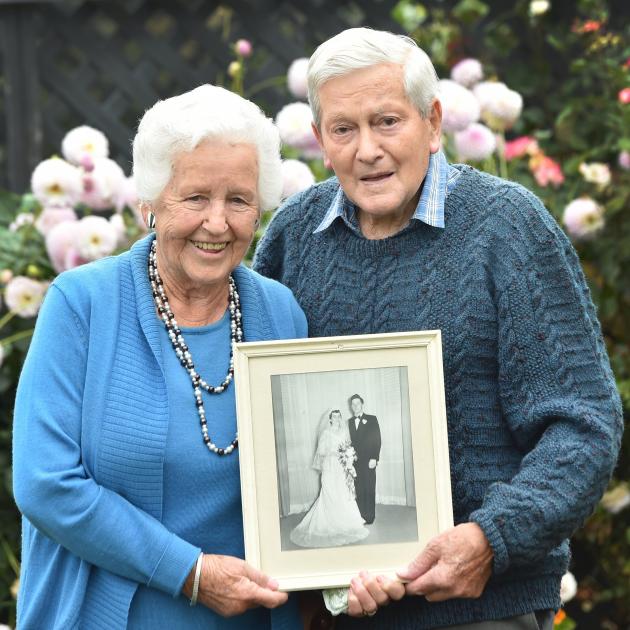 Celebrating 65 years of marriage, Nancy and Frank McGregor at their Mosgiel home. PHOTO: PETER MCINTOSH
It all started with a dance.

And tonight Mosgiel couple Nancy (88) and Frank McGregor (92) will mark 65 years of marriage with a dinner with their grandchildren.

Mr and Mrs McGregor say their secret to a happy marriage is getting along and working together as a couple.

The pair met at a dance at the Dunedin Town Hall and were engaged a year later.

They were married two years after that, in 1956, at Trinity Methodist Church in Dunedin, with a reception at the Crawford Lounge.

"People didn’t have cars in those days. We were very lucky."

Nowadays, Mrs McGregor tended to the garden and played bowls, but Mr McGregor did not get up to much, she said.

She joked she was the boss, and he was the "placid fella".

The couple had visited their son in Singapore and had toured Australia, but their most important trip was their honeymoon, when they toured the North Island, she said.

Life had not all been smooth sailing.

She was doing well now and considered herself lucky, she said.

The couple will delay celebrating their anniversary until their daughter arrives from Australia later this month.

In the meantime, they will go to dinner with their Dunedin grandchildren tonight.