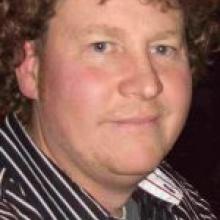 Brendan Holt
An Otago Regional Council attempt to stop a Karitane couple from building a home in a flood-prone area has failed, with the Environment Court saying there comes a point where a consent authority should not be "paternalistic".

Rowen and Brendan Holt had applied for and gained consent last year from the Dunedin City Council to build a pole house 3.7m above sea level on a rural-zoned Stornoway St section in Karitane.

The regional council appealed the decision on the grounds of the potential damage or loss of life posed by the property's hazards and an Environment Court hearing was held in Dunedin in January.

The decision, by Judge Jon Jackson and commissioners Alex Sutherland and Charles Manning, rejected the appeal and ordered draft deeds to be made with the city and regional councils that the Holts and any successor acknowledge they bear the risk of the property flooding and would not seek flood protection works.

"We do not believe they are being foolhardy in proposing to build and live in a house on the property, but have assessed the probabilities rationally," the decision said.

There came a point where a consent authority should not be "paternalistic ... but leave people to be responsible for themselves, provided they do not place the moral hazard of things going wrong on other people".

Mr Holt said the couple were "over the moon" at the decision after such a long and expensive battle. They planned to lodge a claim for costs from the regional council and would now apply for building consent.

Stornoway St was an interesting site but they had gone into it fully aware of its issues and with experience of building in low-lying areas, he said.

"We've had a feeling all the way through that it is a historic case. People should be left to be responsible and get on with things," Mr Holt said.

Mr Sutherland said the Holts were well-informed, had a good appreciation of the risks of building on a flood plain close to sea level and had designed their house so that a 100-year flood would not reach closer than 0.73m of their floor.

The design of the house, together with the deed, "will sufficiently avoid or mitigate the adverse effects".

"I judge that the purpose of the RMA (Resource Management Act) will be better achieved by granting ... consent to build their pole house."

Regional council environmental engineering and natural hazards director Gavin Palmer said the council could not comment on the decision as it was still reading it.