Courts may use video links 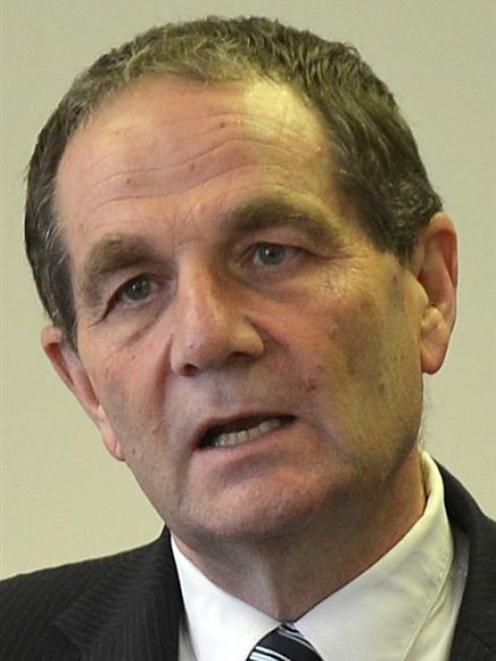 Chestar Burrows.
Video conferencing is being considered as an interim solution to difficulties arising from closed courthouses, including those in Otago.

Minister for Courts Chester Borrows spoke to members of the Otago Law Society in Dunedin yesterday about the "interesting space" courts were in.

Seismic risks forced the closure of six courthouses in the country and some parts of the Dunedin Courthouse.

The Ministry of Justice was investigating if audiovisual links could be used to provide better interim solutions for affected communities.

Mr Borrows told the law society members the ministry was "looking to run a trial in this area where people can have connectivity to the courts from their offices using a programme similar to Skype, but more secure, for a relatively low price".

Such a trial could "move quite quickly ... perhaps from Oamaru south".

Audiovisual links were already used between prisons and courts, "but we need to expand that a bit", giving lawyers the opportunity to "sit in their offices and make appearances".

The public could also log on to watch some court proceedings.

This was part of his desire to modernise court services including the long-term goal of providing the ability to file applications, such as those for civil court, online.

"Why would we still maintain a fairly strict paper-based system within the courts?

"People are screaming out for it to change.

"You guys, and the public, expect to be able to engage with the courts a lot more easily than you are," Mr Borrows said.

He also touched on the configuration of courtrooms, as "how and why we are doing things" needed to be considered, especially if reasons for accessing courts and how court business was managed, changed.

Another challenge was about people being able to understand the justice system that they are engaging with.

"It seems ridiculous that we continue to use almost a foreign language in our courts so the people who are engaging with it ... when they leave the courtroom, the first question they ask is 'what the hell just happened there?'.

"If you can't understand the language that's being used then does that not affect the justice?"

When asked if the Dunedin Courthouse would reopen this year, Mr Borrows said "probably not" as there was "a lot more work to do".

In the meantime, the ministry was looking for temporary premises. There had been some "chat" around Carisbrook, but it was "apparently a dog", and finding a suitable space for jury trials in the CBD "would be ideal".

Ministry district courts general manager Tony Fisher said temporary facilities for civil and family hearings had been opened in John Wickliffe House, while jury trials were transferred to Invercargill. Criminal court was running as usual in unaffected parts of the courthouse.

"These interim arrangements are working well and we're now considering our options for strengthening work," he said.

"This work may require us to vacate the entire courthouse, in which case an alternative venue will need to be found. However, final decisions will not be made until later this year."