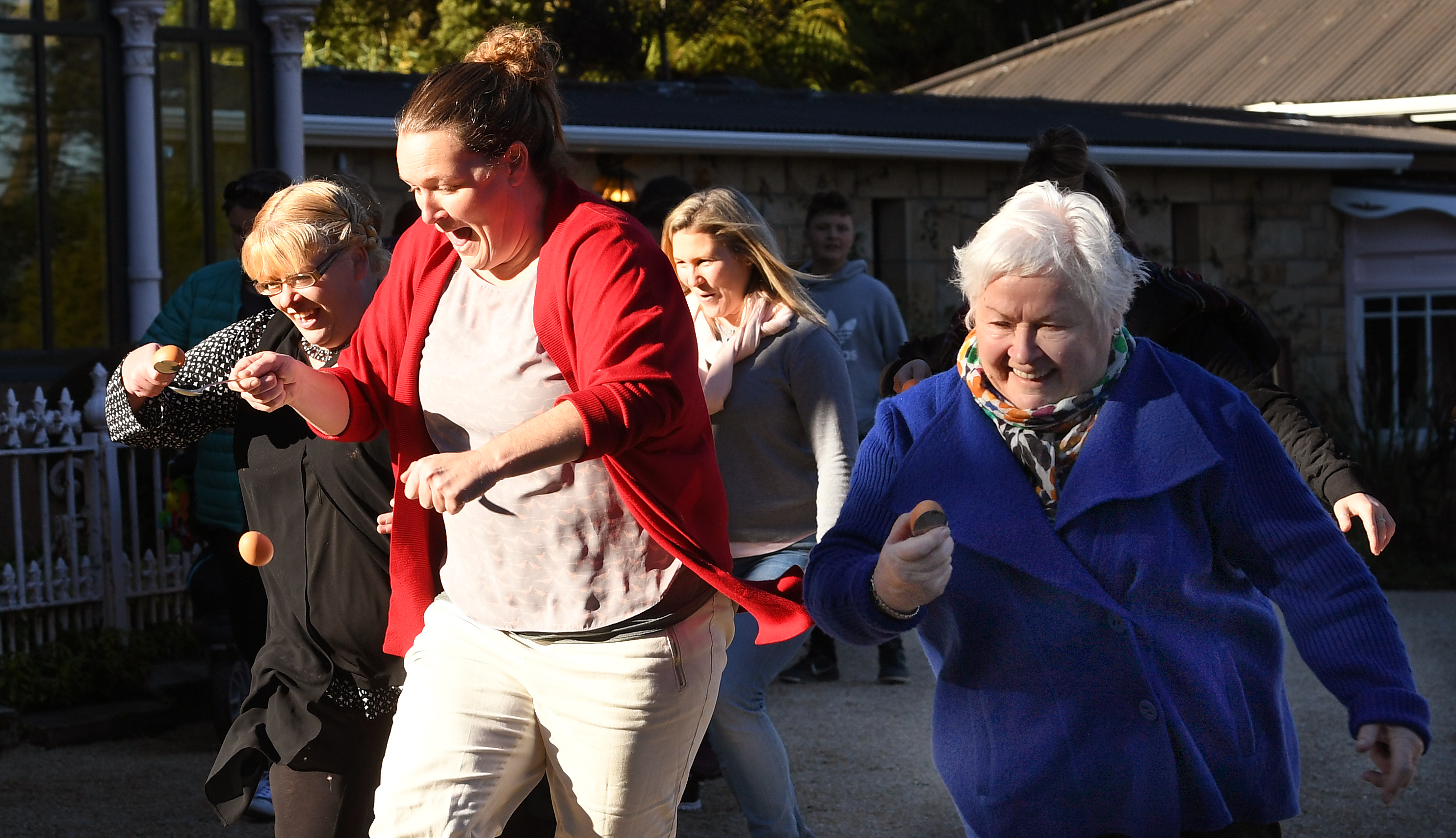 PHOTO:STEPHEN JAQUIERY
A few eggs hit the dirt, some competitors were disqualified for holding the egg on the spoon and others managed to make it to the finish line with raw egg intact.

It was the first time Cadbury's was not involved, the company having closed its Dunedin factory earlier this year. So it was raw eggs, not chocolate eggs, for the egg and spoon races.

The children appeared to take the challenge seriously, concentrating on transporting their eggs slowly and carefully to the finish line, although a few did not arrive intact.

In the adult races, competition was the name of the game, the adults throwing caution (and several eggs) to the winds.

Earlier in the day, the young picnickers played a game of "Pass the Parcel", had a teddy bear fashion parade on a tartan runway in the ballroom before a picnic morning tea, then out to the front of the castle for the egg and spoon challenge. Going head to head in the women's egg and spoon race (above, from left) are Connielia Gullen, of Dunedin, Sarah Lyon, of the Catlins, Jane Snow, of Dunedin, and Eileen Gibson, also from Dunedin.