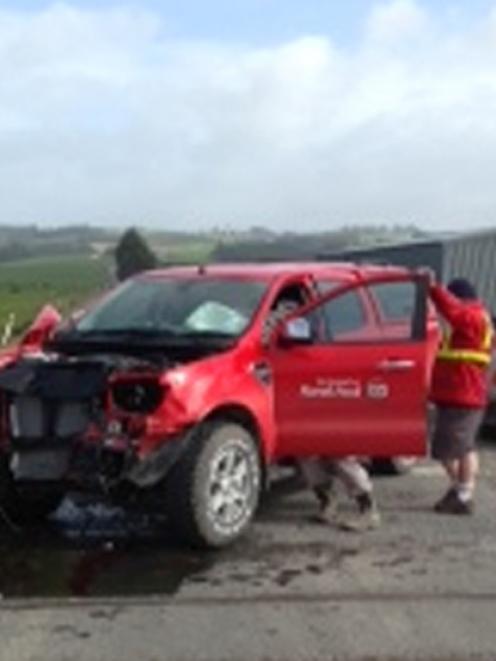 The ute clipped a single southbound locomotive after failing to give way at the Circle Hill Rd level crossing at Milburn, about 10am,

''He was a very, very lucky man, given there were no carriages attached.''

The 43-year-old rural postie was uninjured, although his vehicle was significantly damaged.

''It is an extremely lucky escape ... a second earlier and I think things would have been not so good for him.''

It was the second level-crossing incident in Otago in a week.

Last week, a southbound freight service travelling to Dunedin collided with a van at the Bluff Hill Rd level crossing, south of Oamaru.

''While fortunately there were no serious injuries in either instance, the outcome could have been very different,'' KiwiRail Infrastructure and Engineering general manager Rick van Barneveld said.

''Motorists should obey the warning signs at crossings, and never take the risk of trying to beat a train across the crossing.

''Trains are large and heavy and can be travelling faster than they appear and simply cannot stop quickly.''

Whether the crossing has flashing lights and bells or a give way or stop sign, motorists should treat level crossings the same as road intersections, he said.

There had been 17 public road level crossing collisions and four fatalities so far this year.