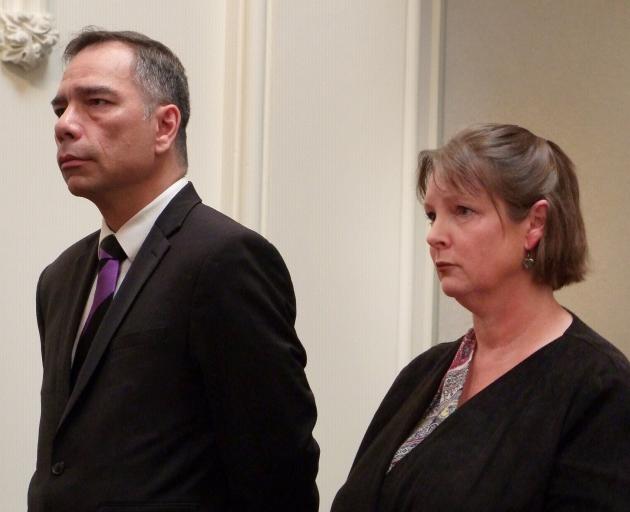 Gavin Marcus Bainbridge (49) was employed as a senior manager in the university’s IT department in 2017; his 47-year-old wife Karen Ailsa Bainbridge did not work there but became an integral part of the fraud that resulted in it being swindled out of large sums of money.

The pair appeared in the Dunedin District Court yesterday after pleading guilty to causing loss by deception and urged Judge Michael Turner to permanently suppress their names.

The Otago Daily Times has chosen not to publish the reasons for the application but the judge said the evidence fell "well short" of outweighing the public interest in open justice.

"The offending was extremely serious, involving deliberate theft of funds for financial gain," he said.

The public deserved to know the identity of those behind the rip-off and it would also mean the couple were less likely to repeat their crimes, he said.

While the Bainbridges were not sentenced yesterday, details of their swindle can now be revealed.

Three months later, Gavin Bainbridge established the firm as a new creditor and supplier to the university.

No conflict of interest was raised.

The plan had worked.

By August, the stakes were raised.

She filed another three invoices, referring to "E-learning modules", for a total of $144,900.

Gavin Bainbridge forwarded the documents to the university’s crediting department.

"No work has been provided to the University of Otago for the invoices which have been paid," a police summary said.

"Furthermore, the university state that is not their policy to pay for services prior to them being completed or delivered," the police summary said.

An investigation found the money paid to the Studio-Us account was transferred to five joint accounts operated by the Bainbridges.

There remained one glaring question.

"Where did the money go?" Judge Turner asked.

The defendants had been on a family holiday to the US but it seemed unlikely they had spent all the cash there, he said.

Typically, the judge said, such sums were spent on addiction or a lavish lifestyle.

The defendants had exercised their right to silence when the question was posed by police but he was not satisfied with that.

Before he sentenced them, Judge Turner wanted an assurance Gavin and Karen Bainbridge had not embezzled the money in a trust or the like.

Crown prosecutor Robin Bates confirmed the use of the cash had not been tracked by authorities and there was no proceeds-of-crime investigation ongoing.

The couple will be sentenced in November.

A University of Otago spokesman said comment would only be made then.