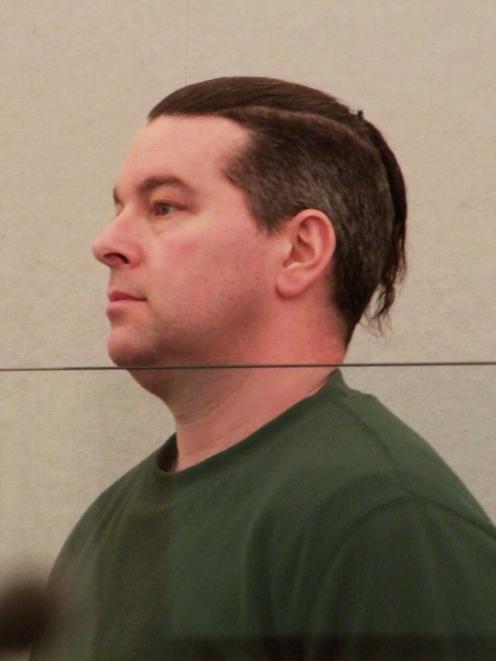 Lorin Winter stole more than $120,000 of property but will not pay reparation to his victims. PHOTO: ROB KIDD
A burglar who targeted Dunedin’s wealthiest suburbs and got away with $120,000 worth of items has been jailed for more than five years.

On June 26, 2018, after seven months of premeditated break-ins by Lorin Winter, police executed a search warrant at the 42-year-old’s home.

The warrant had been issued on the basis the defendant had been involved with methamphetamine but officers found much more when they raided the Brockville property.

More than 600 items of stolen property were recovered, representing half of what had been stolen from the victims.

Counsel Nathan Laws told the Dunedin District Court yesterday Winter had been in the grip of a severe $1000-a-day meth addiction at the time.

But Judge Michael Crosbie said Winter’s crimes were not the "instinctive random acts" often seen by the court when desperate addicts were looking to make quick cash.

The judge called the offending "sinister".

All but one of the break-ins occurred when families were out or on holiday and most targeted the city’s most affluent suburbs such as Maori Hill, Belleknowes and Waverley.

Court documents listed the staggering range of goods Winter either burgled or received, which included jewellery and electronics as well as sentimental items.

On March 2, 2018, the defendant pried open the window of a Spylaw St home while the residents were at work.

As was Winter’s modus operandi, he pulled the curtains of the house and went to work.

Among the $17,000 of property he stole were sentimental items related to a dead child.

"The items you took robbed them of important memories," Judge Crosbie said.

Just hours later, he made the short trip round the corner to Passmore Cres, where he forced his way into a property while the residents slept.

Winter scoured two bedrooms and two lounges before finding a car key for a $120,000 Porsche.

He loaded various goods into the back and drove off.

Though the vehicle was found in Invercargill two weeks later, police were able to tie the crime to the defendant.

Accessing Winter’s phone, they found photos of the vehicle.

There was also an image of the defendant posing, wearing sunglasses while wielding two firearms crossed against his chest.

Police were able to trace one of them — a .22 rifle — back to the burglary of an Ashmore St address in December 2017.

Judge Crosbie outlined the pronounced effect on the victims.

One, in a statement before the court, said they had installed a security system to give themselves peace of mind.

"To be honest I feel like I’ve been raped," they wrote.

"I feel revolting and so very unsafe in my own home."

Mr Laws said his client had attended the drug treatment unit in prison in the past but was willing to do it again.

Winter was sentenced to five years, three months’ imprisonment but the judge said any chance of him making reparation was unrealistic.

Co-defendant Benjamin Zachery Burgess (30) was jailed for four years, seven months in July last year, while Sheena Margaret Macintosh Daisley (44) got eight and a-half months’ home detention for receiving $23,000 of the stolen goods when she was sentenced in October last year.