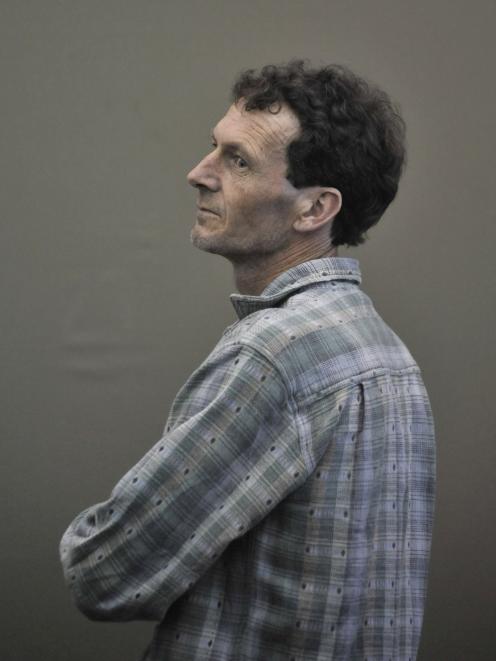 Boyd Edward Cuttance
The standard of care for a prisoner who died of a rare meningitis fell below best practice, an expert says.

But Dr Teresa Turnbull told the Dunedin District Court the oversights in Boyd Edward Cuttance’s treatment were not so significant as to be less than a “reasonable standard”.

On March 28, 2012, the 44-year-old died in Dunedin Hospital of meningitis caused by an invasive soil-borne fungal infection, following 48 days at the Otago Corrections Facility (OCF).

A coronial inquest in 2016 cleared hospital staff of any wrongdoing but found prison management and healthcare staff were wrong in thinking the actions they had taken were ‘‘appropriate healthcare’’.

Under the spotlight are the actions of a doctor contracted by Corrections who examined Mr Cuttance three times during his stay at OCF.

The woman, who has interim name suppression, was cross-examined on Monday about her consideration of nursing notes which charted a variety of symptoms that plagued the prisoner, sometimes confining him to his cell in excruciating pain.

“I don’t know whether I would’ve looked at them. I don’t always look at them,” the doctor said.

“I certainly wouldn’t always read the nursing notes. It wouldn’t be my regular practice.”

Yesterday, Dr Turnbull gave expert evidence for the Attorney-general and was quizzed about the comments.

“I would certainly expect the nursing notes to be considered,” she said.

“That’s what we’re certainly trained to do,” Dr Turnbull said.

While she identified missed opportunities during Mr Cuttance’s treatment, she disagreed with the plaintiff’s expert, Dr Coleen Lewis, who believed it was a significant departure from a reasonable standard of care.

“[The prison doctor] communicated well with Mr Cuttance and worked hard with him to find a working diagnosis that made sense to them both but was in the end defeated by the rarity of the underlying illness,” said Dr Turnbull.

Mr Cuttance was originally admitted to hospital three times in quick succession in October 2011, before being imprisoned.

A CT scan and a lumbar puncture were directed by a consultant but when the scan came back without abnormalities, a diagnosis of sinusitis was made and he was discharged with antibiotics and codeine.

Experts agreed if the other procedure had been undertaken, the resulting information could have saved Mr Cuttance’s life.

Instead, his condition worsened in jail and the prison doctor first believed his debilitating headaches were a result of a neck problem, before putting it down to anxiety a couple of weeks later.

When she saw Mr Cuttance for the last time on January 6, 2012, and his state had declined, she should have sought a second opinion, both experts concurred.

He was not transferred to hospital until January 15, following a visit from Mrs Cuttance, during which he appeared in agony, could barely stand and was speaking incoherently.

The grieving mother believed her son’s treatment was inhumane.

“It’s very sad to lose a child but far worse to witness their suffering before they die, feeling helpless as a mother in the face of what appeared to be institutionalised indifference and cruelty,” she said.

Both parties will give closing statements today, before Judge Paul Kellar considers his decision.