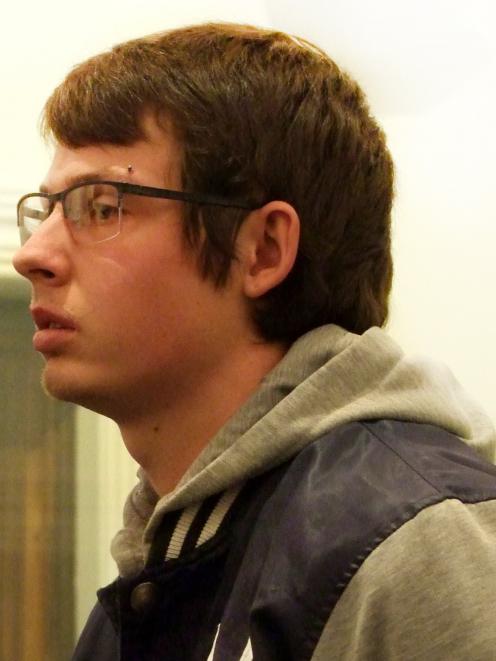 Sex offender Zac Hakes (23) has been jailed for seven months after calling his victim. PHOTO: ROB KIDD
A high-risk sex offender managed to call his victim despite being under 24-hour-a-day monitoring, a court has heard.

The order, which allows Corrections to monitor high-risk offenders, is due to run until September 2024.

It was imposed after Hakes was released from prison at the end of 2018, after serving 26 months for sex offences against two girls, as well as a domestic-violence charge.

The court heard yesterday that among the defendant’s restrictions was the condition not to contact his victims.

However, on March 30, Hakes used a landline phone to call an associate, who put him in touch with his female victim.

He misled staff at the supervised residence at which he lived so they believed he was simply calling a family member.

The Wellington victim — who was now an adult — provided her number to Hakes and they spoke again twice more.

The defendant later explained he had contacted her because he wanted to find out whether their previous contact had led to her becoming pregnant.

Hakes told Probation he was “feeling lonely and down” at the time and felt better when he heard the victim professed her love for him.

His first breach of the ESO came within weeks of his release from prison.

Hakes barricaded himself inside his room — where he was housed with other sex offenders — and refused to follow the rules of the residence.

The transgression resulted in a deferred sentence.

Months later, Hakes used a cellphone to send a friend request via Facebook and admitted to using the dating app Tinder.

He was jailed for three months.

Counsel Sarah Saunderson-Warner argued a prison term should not be imposed for the most recent breach because Hakes was making progress with his treatment.

But Judge Crosbie was unconvinced.

A psychologist’s report acknowledged some gains made by the defendant but also highlighted a “potential to be dishonest and deceitful with authority figures”.

There still existed issues with impulsivity and sexual preoccupation, it said.

He still presented as a high risk of sexual reoffending, the court heard.

The judge suggested Hakes lacked insight into his crimes.

“I'm concerned about the safety of the victim but also other members of the community,” he said.

Hakes was jailed for seven months.