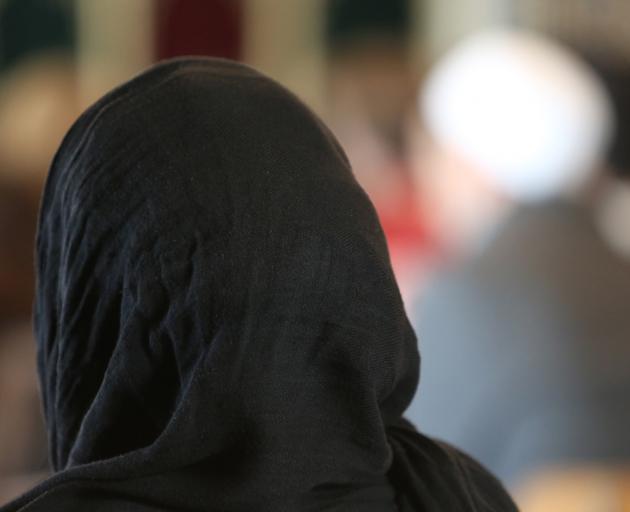 A hijab is a scarf some Muslim women wear in public, covering their hair and neck. Photo: Getty Images/file
A woman who stepped in to stop skinheads tearing the hijabs off three Muslim women in Dunedin says she is disappointed other bystanders failed to intervene in the racist attack.

Speaking on condition of anonymity, the woman said she was in Albion Pl in the central city last week when she saw two male skinheads and their female accomplice approach three Muslim women waiting in the lane.

The group attacked the women, attempting unsuccessfully to tear off their hijabs while subjecting them to a torrent of racist abuse.

''Two skinheads and a girl came up trying to rip their [veils] off their heads, saying: 'Go back to your own ... [expletive] country!'.''

A group of people stood watching the attack but did not step in, so the woman said she decided to intervene, telling them forcefully to leave the Muslim women alone.

The female friend of the skinheads subjected her to a torrent of abuse, but the group stopped their attack and walked off.

She was disappointed the onlookers had not also intervened during the violent incident.

''When I was standing there watching people ... you could tell that people were really wanting to do something, but they were so intimidated.

The woman said the skinheads were under 30, and resembled those who were more common in Dunedin in the 1980s, with completely shaved heads, Doc Marten boots and black jeans. They were frequently seen around town, she said.

A police spokesman said they had received no reports regarding the incident.

Otago Muslim Association chairman Steve Johnston had not heard of the attack before being contacted by the Otago Daily Times.

In his view, Dunedin residents were generally respectful and welcoming to the city's Islamic community, including many students.

Every few years there would be isolated incidents such as eggs being thrown at the mosque, sometimes in response to events overseas.

I am so sorry this has happened in Dunedin. It must have been very distressing for the women and bystanders. These women will now be afraid and it breaks my heart. As a bystander always help where you can. Even yelling for help could easily be the answer or everyone has a phone. Call police.

I agree. Shout your support of the woman who intervened. shout at the thugs to truck off. Take photos of the perps. Don't stand around like stuffed dummies. It's a sad day when the only balls NZers have are rugby- and net-balls.

Dunedin on the map for all the wrong reasons shame on these people who done this , I hope the Lady is ok, This lady and her family are part of Dunedin, embrace them. I honestly hope this lady is not a student alone in Dunedin now withdrawn from people in here room, Please the people of Dunedin if you know this lady please encourage her to report it to the police. these skin heads scum need to be stopped.

Very sad to see this happen. Skinheads do look intimidating but if a couple of bystanders had shouted at them to stop and threatened to call the police the Skinheads would ve most likely moved on.

This is one occasion where you can help out by filming it (if you're too afraid to physically step in, for fear of them attacking you), and giving the footage to Police so they can make an arrest.

Skinheads are white supremacists. There has been incursion into Dunedin, with plastered posters.

Oi! X 3 is the chant of English boot boys, or soccer hooligans.

Hmmm, no date nor time of alleged incidence. No witnesses coming forward nor footage. No complaint laid to the Police nor a word to the Otago Muslim Association prior to contact made with ODT. Now stupid antics like the one out lined above do happen time to time, but nothing to go by here. Till then...…………...