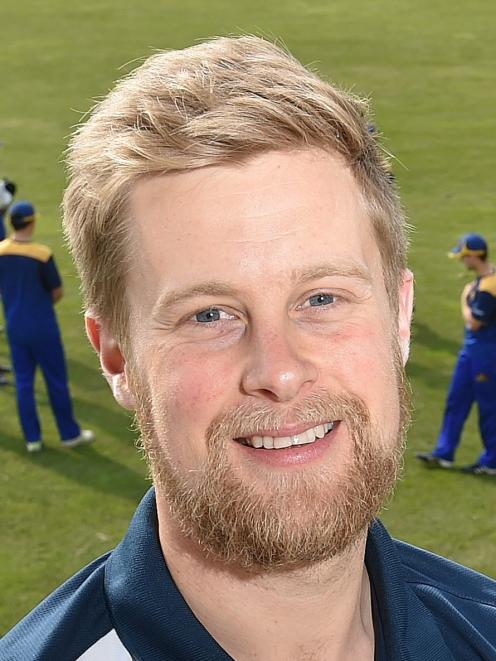 Adam Miles
A national cricket coach has dodged a conviction for drink-driving despite being caught nearly four times over the limit.

Adam James Miles (30) persuaded the Dunedin District Court yesterday that a black mark on his criminal record might limit his future sporting goals, restrict his ability to study and inhibit his bid for residency here.

The New Zealand under-19s assistant coach, who also oversees the Otago age-group side, had only been back in the country a matter of days after the Under-19 Cricket World Cup in South Africa where his team made the semifinals, the court heard.

After attending a work function followed by drinks at the craft beer festival at Forsyth Barr Stadium, he was stopped at a police checkpoint in Wharf St.

Miles claimed he had drunk four pints and had only opted to drive home because he had to collect his girlfriend from the airport the following day.

‘‘You posed a significant danger to yourself and any other people who happened to be using the road at the time,’’ Community Magistrate Simon Heale said.

Mr Laws said his client’s main concern was the potential effect a conviction would have on his future career prospects.

University of Otago Professor Kenneth Hodge said in an affidavit that he had recently been at a conference in the US when he had spoken to a representative from the Toronto Blue Jays baseball organisation.

They had been interested in working with someone with Miles’ credentials.

A conviction, the court heard, had the potential to make travel to North America for professional development difficult, and to

prevent the defendant from transiting through other countries during cricket trips.

The UK-born defendant had completed his PhD in sport psychology at the University of Otago and applied to study a postgraduate diploma in psychology.

A conviction would not only jeopardise entry to that course, Mr Heale said, but it may bar Miles registration as a psychologist.

The defendant also had worries his application for permanent residency could be in peril.

The court heard Miles was getting married next month and had bought a house in Dunedin.

Mr Heale referred to affidavits from Prof Hodge, New Zealand Cricket’s Pete Sanford and Otago Cricket chief executive Mike Coggan, all of whom spoke of the man in glowing terms.

Police opposed Miles’ discharge without conviction, arguing the consequences he may suffer were ‘‘speculative’’.

But Mr Heale rejected that.

He granted the application on condition Miles provided proof of a $1500 donation to charity.

Mr Heale disqualified him from driving for six months.

Should Miles come before the court again, it would be unlikely he receive a similar outcome, he said.