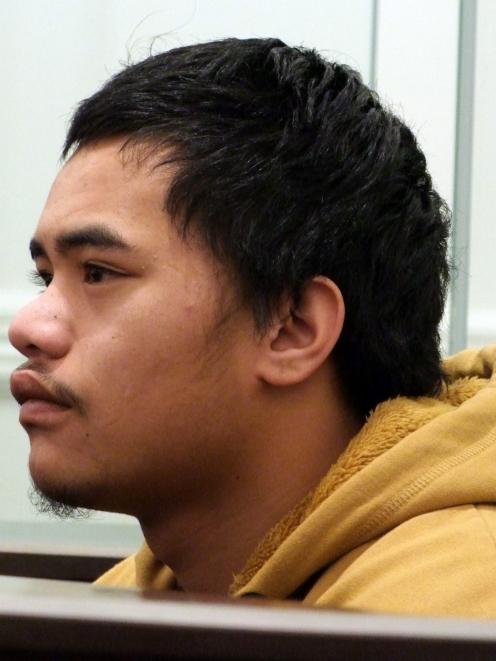 James Tuwhangai has been released from jail after serving three months of a two-year sentence. PHOTO: ROB KIDD
A teenager who viciously beat his girlfriend has been freed from prison in a bid to stop him being recruited by gangs.

James Tuwhangai (19) was jailed for two years when he was sentenced at the Dunedin District Court in September following a six-hour attack on his then partner.

But after serving three months of that term, the Waitahuna teen was released after Justice Rachel Dunningham granted an appeal before the High Court at Dunedin.

Tuwhangai will instead serve nine months’ home detention with family.

The judge took no issue with the defendant’s lack of remorse which had been referred to by the sentencing judge when he opted to lock up the teenager.

Despite leaving his victim with a broken cheekbone and covered in bruises, Tuwhangai claimed he had not meant to harm her, then came up with an alternate version of events in which she confronted him with a knife.

In a pre-sentence interview with Probation, he twice referred to the woman as a ‘‘f... b...’’ and said she was “staunch for a white chick”.

He turned up for that meeting dressed all in red clothing with “notable swastikas on his hands, tattooed into his skin”, and there was a concern he wanted to be recruited by the Mongrel Mob.

The judge noted Tuwhangai’s parents had specifically moved the family from the North Island to protect their children from the pull of gang culture.

“They clearly cared deeply about his welfare,” she said.

The parents, Justice Dunningham said, would provide solid support for the defendant during a spell of home detention.

“In my view, Mr Tuwhangai is particularly vulnerable to embarking on a career of offending, and this would only be exacerbated by a minimum of a year in prison. At this juncture, he has already served three months’ imprisonment. I consider this has given him a taste of prison life and if it is to have a deterrent effect, it should have had that by now,” she said.

He was released from jail days before Christmas.

Tuwhangai was at home with his girlfriend on January 26 last year when he decided she had been seeing another man.

He punched her, broke her phone so she could not call police and damaged her car to the point where it was undriveable.

The incident continued for hours and after a brief chase at one point, Tuwhangai strangled the victim, lifting her almost off her feet as she struggled to breathe.

Even when she packed her bags and left the house, the defendant chased her, threw the bag into a paddock and scattered her clothes around.

The ordeal ended with him calling her a ‘‘slut’’ and punching her twice more in the face.

A protection order made in favour of the victim would remain, in place despite the appeal.