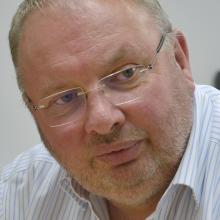 Graham Crombie.
Jobs could be on the line at Delta and Aurora after claims lives are at risk because of the two companies’ failure to replace dangerous power poles.

Dunedin City Holdings Ltd (DCHL) chairman Graham Crombie yesterday said there could be "consequences" for the board and management of the two council-owned companies if an independent review found their response to the power pole situation in Dunedin and Central Otago had been lacking.

Mr Crombie was working through the final stages of appointing an independent party to review the claims yesterday, but was not ready to announce who that party would be because nothing had been signed.

The review would start on Monday, but preliminary findings would not be made public by then as Mayor Dave Cull had hoped.

"I would imagine we would have our first cut of results by the end of next week."

However, the Delta and Aurora board was meeting on Monday to finalise its response to the issues raised.

He had "no idea" how much the review would cost, but that was not the issue  he was most worried about.

"We’ve got to get this right."

Mr Crombie was not willing to say he had lost confidence in the board and management of Delta and Aurora despite a torrent of damaging leaks and accusations.

"The reality is nothing’s come to me yet to make me not have that."

He did not respond to a question asking whether Delta and Aurora chief executive Grady Cameron should resign and said he did not want to prejudge the review.

"You have got a whistleblower who’s got a very strong view about where things are and that’s appropriate and useful. But it’s one side of the [story]."

He was not shocked about the extent of the problem "because everybody knew that" but was concerned about what the revelations said about Delta’s response.

His advice from Aurora and Delta had been the network was safe and he did not believe this was contradicted by Aurora’s asset management plan acknowledging  thousands of compromised poles  needed replacing. He thought the financial effects of replacing thousands of poles could be managed by changes to the timing of Aurora’s planned capital programme.