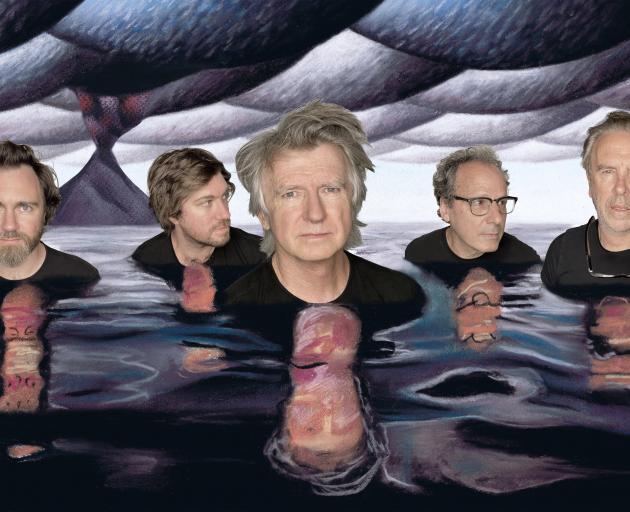 The beloved band’s bass player and one of its founding members, Nick Seymour, promises they will be playing their songs faithful to their early albums and live shows.

Fans counting down to this Thursday’s sold-out concert at the Dunedin Town Hall can also rest assured they will not be playing too much new material "lest the momentum we have at a gig falters", Seymour said.

For that they could thank the band’s long-time producer, Mitchell Froom, who when approached about joining the band for its upcoming new album and (hopefully) world tour, was adamant they render the early songs in a way familiar to the ears of their biggest fans.

"He remembers the emotions as the songs formed their character in the studio.

"He’s been a fantastic guide for us to refamiliarise ourselves with that mood and that temperature, and everything down to the detail of all of the overdubs he did and all of the harmonies that we sang.

"So a song like Something So Strong sounds exactly like it did on the record, and it’s really exciting to play it that way."

Dunedin will be the third stop of the "To The Island" New Zealand tour — after Nelson and Christchurch — following the postponement of three North Island shows because of Covid-19 restrictions.

Formed in Melbourne in 1985, the band is now in its third iteration.

Two of its founding trio in Seymour and Kiwi singer-songwriter Neil Finn — drummer Paul Hester took his own life in 2005 — will be joined by American keyboardist Froom and Finn’s sons, Liam and Elroy, on guitar and drums respectively.

Seymour, who spoke to the Otago Daily Times just days after leaving quarantine, said he had spent the past year "cosily ensconced in my West Coast hideaway" in Ireland with his partner and two children.

Although he had missed playing live, he was feeling more nervous than usual.

"I always get very nervous before any of our shows, except when we’re on the road and we’ve got momentum and I just think back to the show we did last night and it provides a security blanket."

He had also been casting his mind back to the last time the band performed together — six gigs on the steps of the Sydney Opera House in late 2016.

"They were absolutely just like falling off a couch — so easy and fantastic to do — so I just reassure myself that it was a little over four years ago that we did that, and I don’t feel so anxious."

For those who missed out on tickets for the Dunedin concert, tickets are still available for the Gibbston Valley concert next Saturday.