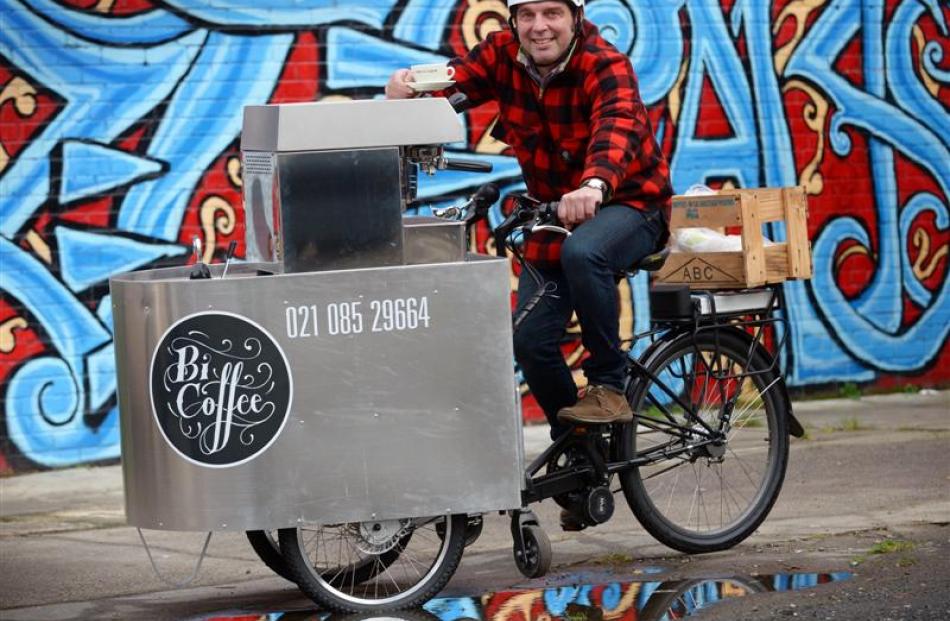 ''The idea came about because I enjoy cycling and I wanted to push usage of Dunedin's cycle lanes.

''I was thinking about how I could make a few dollars and enjoy cycling, too,'' he said yesterday.

''It was also a combination of circumstances, because on May 5, the Dunedin City Council changed the bylaws excluding mobile traders from within 300m of permanent businesses.

''We want to bring a smile to people's faces and provide coffee where it's not available.

''It's not about competing with existing cafes. DCC environmental health has been very supportive,'' he said.

The 150kg machine was a collaboration with Trike NZ and cost ''five figures'' to develop, Mr Lequeux said.

''Eventually, we're hoping to build one a week and export them.

''They can be used to sell everything from ice creams to hot dogs.''

He said he would probably debut the venture at the Farmers Market this morning, ''and then go down past the Oval to the Esplanade''.

''But, it will depend on the weather,'' Mr Lequeux said.