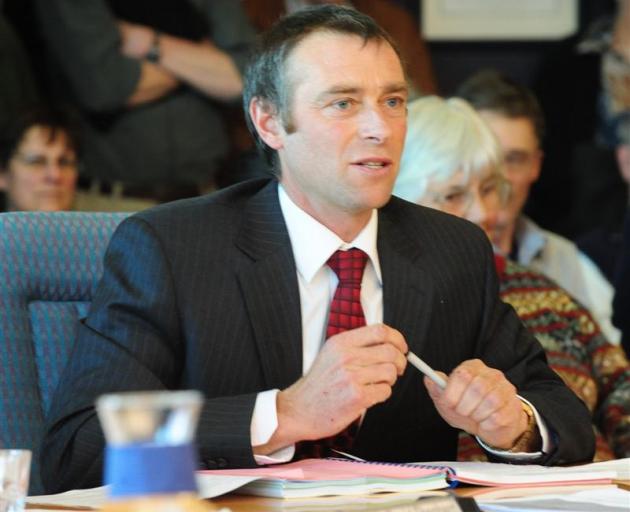 Stephen Woodhead
"D-Day" has arrived for the proposed flood protection scheme on the Water of Leith and Lindsay Creek.

Today, Otago Regional councillors will be asked to decide on the scheme's future.

The decision will affect the rate bills of many Dunedin homes and businesses and will go out for public consultation next month.

It is the second time ratepayers will have been consulted on the scheme - the first being in 2006, when it was costed at $21.4 million.

However, after five years of delays and increasing costs, the scheme has been revised and councillors are again about to consider its future.

Councillors have been given two options - go ahead with the revised 15-step scheme at a total cost of $54.6 million, repaid over 20 years; or complete only the Water of Leith works at a cost of $37.4 million over eight or 20 years.

Council chairman Stephen Woodhead said the scheme had been discussed around the regional council table for a long time - it was first adopted by the council in 2006 - but it was now time to get on with it.

Councillors today would have to decide what option to "go forward" with, what the scheme would look like and what timeframe it could be done in, he said.

"We've got the costings [and] while we're not necessarily happy with them, they do have some realism and are figures that can be trusted."

Complicating the decision-making was the question of whether the Government would contribute to the scheme, which would protect non-rateable Crown assets such as the University of Otago and Dunedin Hospital.

Ratepayers should not be "stranded" and left to pick up the cost of the scheme, Mr Woodhead said: "That would be unfair to ratepayers."

In a report to the council, it was estimated about 43% of the total capital value of the area directly benefited by the scheme was non-rateable and 35% was associated with the Crown. As a result, it was proposed the Crown contribution be 35% of the total scheme.

Councillors were being asked to consider both funding options, one with a Crown contribution and one without.

For option one, with the given programme of works and no Crown contribution, the annual general rate contribution would range from $58,000 through to $742,000 during the 11-year construction period. The contribution needed from the direct and indirect benefit zones would be $19,495.

"Under this scenario, the scheme is not viable," the report states.

For the same option with a Crown contribution of an estimated $19.1 million, the general rate would range from $23,000 to $462,000. The contribution needed from the direct and indirect benefit zones would be $12,302 each.

In option two, without the Crown contribution, the general rate contribution ranged from $40,000 to $328,000 over eight years. The contribution needed from the direct and indirect benefit zones would be $11,529.

With a Crown contribution of about $13.1 million, the general rate ranged from $5000 to $153,000, with the contribution needed from the direct and indirect benefit zones $7124 each.

The report asked councillors to select a scenario to be included as an amendment to the long-term council community plan and consulted on through the 2011-12 draft annual plan to be released next month.