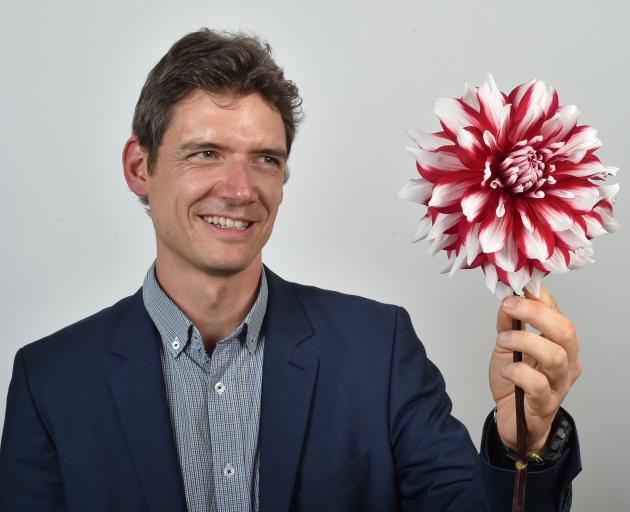 Diabetes researcher Dr Alex Tups holds a dahlia which could hold the key to diabetes prevention. PHOTO: GREGOR RICHARDSON
A diabetes prevention treatment developed by University of Otago researchers from a common flower could be a ``game-changer'' in halting the condition.

In partnership with Plant and Food Research, the researchers will soon begin human trials of a drug made from dahlias.

When the drug was administered at the prediabetes stage, it was ``very effective'' in reversing the condition, he said.

``It could be a potential game-changer because it's a natural extract and it's very effective, so we only need a very low dose.

``It's had very good effects in mice, so it's very potent.''

Hundreds of millions of people in the world had prediabetes and, of those, 70% developed the full-blown condition if they did nothing about it, he said.

Dahlias were recognised as safe by the Australian Therapeutic Administration.

``We've treated more than 500 mice and have seen no side effects.''

Although the flower was easy to grow, a certain process was needed to make the treatment effective, he said.

Full details of the drug could not be released due to commercial sensitivity constraints.

Human trials would start in Wellington as soon as researchers could find enough applicants.

If the progress was positive, the treatment could be available within two years.