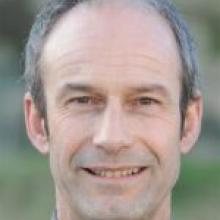 Evan Matheson
The newly repaired guard rails at the Esplanade in St Clair - which will cost $347,000 - will be properly maintained and should last a quarter of a century, the Dunedin City Council says.

Council project engineer Evan Matheson yesterday accepted criticism the fence should have had a maintenance programme in place, and said it would from now on.

This week, it emerged corrosion to a handrail and guard rail installed at the Esplanade in 2004 had resulted in the council spending $177,000 on repairs.

The contract to fix the damage was the second awarded, along with a $170,000 contract last year to fix 200m of the guard rail near the St Clair Salt Water Pool.

The council accepted its own design requirements for the facility were not up to scratch, and were part of the reason the maintenance was required so early.

Ralph de Vries, the retired manager of Procote Industries, which specialises in enamelling and powder coating, contacted the newspaper after the story's publication this week, concerned that without proper maintenance the fence would again corrode.

Mr de Vries said all paint manufacturers, including powder coating manufacturers, would guarantee the coating for years providing certain conditions were complied with, such as removing salt spray residue every three months or so.

That was usually done by scrubbing with hot water.

He said if the salt was left on for more than six months, it "goes like a rock", and was hard to remove.

Mr de Vries questioned the council's use of mild steel, rather than stainless steel, for the fence.

"The expense of manufacturing these handrails using stainless steel may have been prohibitive, but with the prospect of repeating this repair work in several years, plus ongoing maintenance work, it probably would have been cheaper to use stainless steel in the long run."

He also raised concerns about rust appearing on recently repaired parts of the fence.

Mr Matheson responded Mr de Vries was correct in many of the points he had raised. The council had considered replacing the railings with stainless steel, but concluded there was sufficient life left in the existing structure to warrant refurbishment rather than full replacement.

"The new paint system being used consists of three coats and is expected to last for 25 years, with appropriate maintenance."

The council had a new maintenance programme in place to wash down the railings to minimise salt build-up, something he conceded it did not have in the past.

The rust stains were due to the technique used when reassembling some of the panels on site, and the contractor was attending to them.