DCC has erosion ‘under observation’ 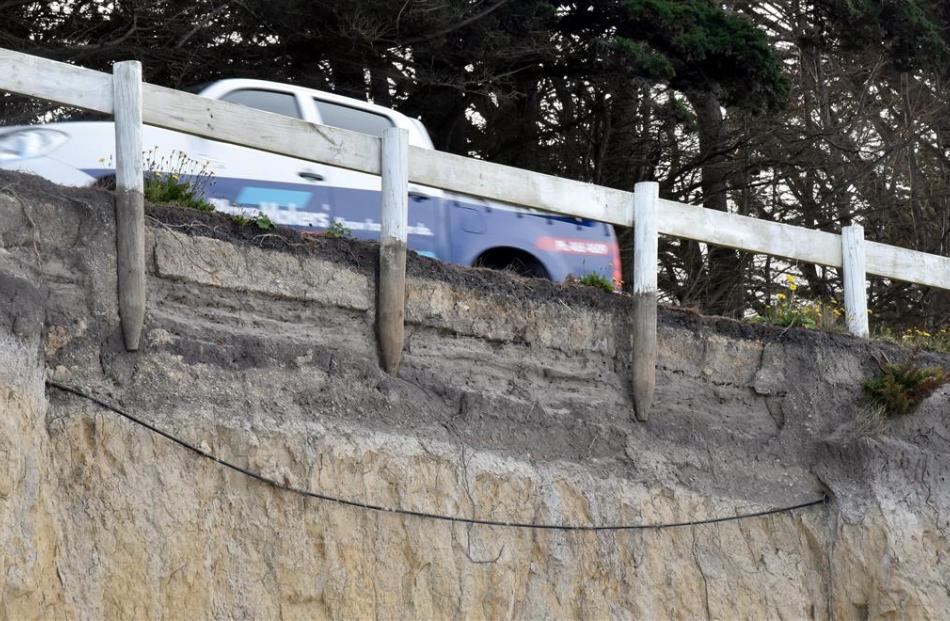 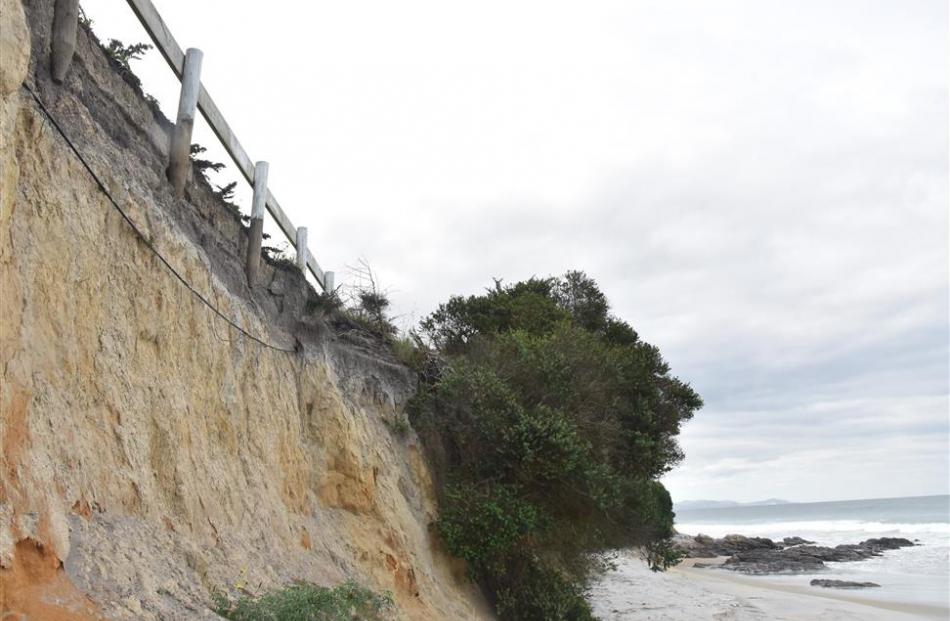 Coastal erosion along Taieri Mouth Rd has exposed part of the roadside, railing and a telecommunications cable, but is not a risk to road users, the Dunedin City Council says.

Ten metres of the Taieri Mouth Rd bank, about 100m north of Dicksons Rd, had been eroded.

Council parks, recreation and aquatics group manager Richard Saunders said the erosion had been ‘‘under observation'' for years due to the closeness of the bank to a sight rail.

‘‘The slip was observed to be in its current state in June 2015 and has been regularly monitored since then.''

There were no remedial plans to fix sight rail poles which had been exposed, because the rail was used only for visual protection, he said.

Council staff would ‘‘look into'' a telecommunications cable which had been exposed.

The council has forecast $75,000 in the draft 2016-17 annual plan budget for an initial investigation of Dunedin coastlines threatened by erosion. If funding was approved, analysis would begin in July, he said.

Dicksons Rd resident Mike Jenkins said he believed the council would not want to spend money fixing a problem ‘‘so far from the city''.

He often walked on the beach below the slip and had witnessed trucks come close to the edge of the road.

‘‘Basically, that bit of road that has been exposed is pretty dangerous.''

Saddle Hill Community Board chairman Scott Weatherall said the board was ‘‘very aware'' of the slip near Dicksons Rd.

‘‘We want it to be acknowledged that there are some short to medium concerns about erosion in the area.''

The board was also concerned about erosion around the Brighton Domain and the Island Park Speedway, he said.

In January, the board presented its concerns to the annual plan committee.

‘‘I am very mindful of it. I bike along that road and I see it and I wonder where will be next.''