DCC may outsource water and waste 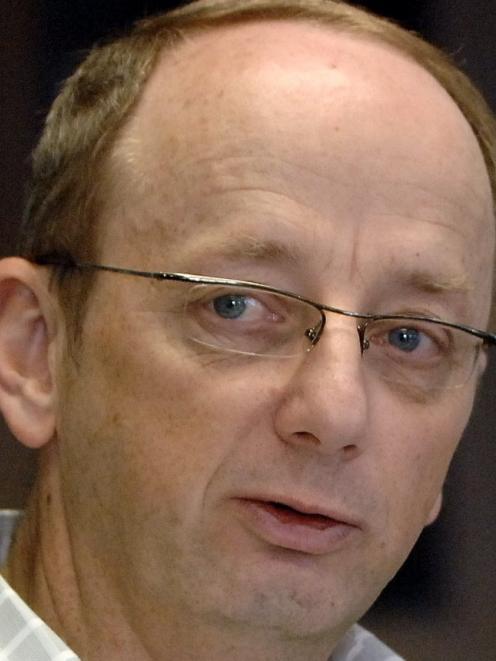 In 2011, 71 staff worked in maintenance and operations, which is part of the council's water and waste services business unit. The service costs $19.5 million a year.

A member of the public contacted the Otago Daily Times on Friday after council staff repairing a leaking pipe near his property told him their work was being privatised from November.

City operations general manager Tony Avery confirmed a proposal was delivered to staff on Thursday. He declined to elaborate until a public release today, although he was swift to clarify it was ''definitely not'' privatisation.

He said the delay in releasing the information to the public was to give affected staff time to digest its implications.

Southern Local Government Officers Union organiser Ann McWhirter also declined to comment until the council had publicly released the proposal. The way the council provides water and waste services has been under review for several years.

The council decided last year not to proceed with creating a council-controlled organisation (CCO) to run the city's entire water and waste service, following a recommendation from a councillor working party that deliberated for more than 18 months. An external financial consultant had recommended creating a CCO.

The working party recommended instead ''an enhanced status quo'' option should be worked on by chief executive Paul Orders and management.

That should include a review of the operations and maintenance activities of the water and waste service business unit ''to identify any efficiency and effectiveness improvements that can be delivered'', similar to changes across other council departments.

The working party noted an external management consultant recommended all water and waste operations and maintenance activities be outsourced and put out for tender, but the working party believed any such decision should be the chief executive's as it was an operational delivery decision, rather than a governance call.

It noted council-owned company Delta, which had proposed a version of a full CCO where it provided the services, had indicated that if a CCO did not go ahead, it could undertake all operations and maintenance activities in an outsourcing arrangement.

The working party's view, however, was management first needed to decide how much work it wished to outsource, before making any decision about whether Delta should take over those activities.

If the chief executive, after his review, did decide that some or all of the operations and maintenance work would be better outsourced, then a decision would need to be made about how that would be undertaken.

While outsourcing was a management decision, Mr Orders said at the time any issues of public interest would be brought back to councillors.

Whether the debate over outsourcing qualified would depend on the review's results.

The working party chairman, Cr Andrew Noone, said on Friday he understood the review focused largely on operations and maintenance, as recommended.

He said elected representatives realised this was a ''sensitive sort of a process'' that dealt with people's jobs and were keen to ensure proper processes were followed and matters dealt with appropriately.

The council is to release the results of the water and waste services review at 12.30pm.