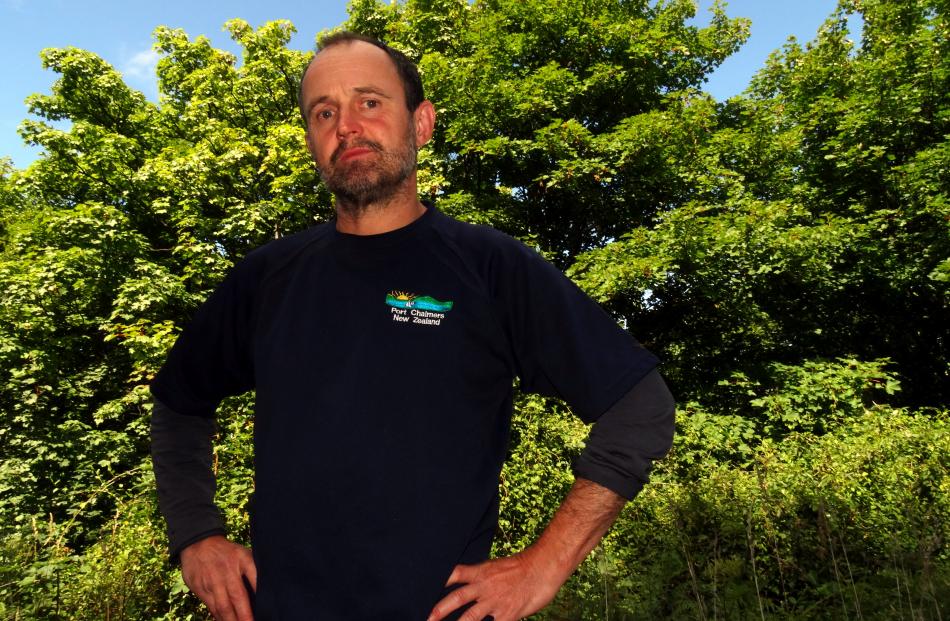 Chalmers Community Board chairman Steve Walker cannot wait to get started on the eradication of sycamore trees. Photo by Dan Hutchinson

The Dunedin City Council has sycamore trees firmly in its sights as the invasive plant threatens to choke the life out of the town belt.

''It is right throughout the city I am hearing. There are lots of reports now.

''The town belt is getting inundated again with it. Leith Valley, through the university ... over the next few years you are going to see an increase in seedlings coming through.''

She said the council had done a small mapping exercise in the West Harbour where there was a big problem with the trees and would now look to work with community groups and residents throughout the city.

''You can make some progress but if it is not a continual thing and a city-wide control, it is really hard to keep on top of it.''

Chalmers Community Board chairman Steve Walker said the sycamores had spiralled out of control because there had been ''years and years of neglecting the problem''.

''A lot of people don't even realise there is a second town belt in Dunedin [in the West Harbour] and it once was a haven of native trees and now it is getting completely overrun by sycamores which is really, really sad.''

He said the trees systematically pushed out natives, blocked the views of residents, shed leaves on to highways, making them slippery and dangerous, and blocked drains.

''People along Ravensbourne, Maia, St Leonard once had fantastic views. They are getting systematically destroyed.''

He said the lack of action by the council and other land owners such as OnTrack and the New Zealand Transport Agency meant people were taking matters into their own hands.

''Some people have taken almost guerrilla methods against them ... I know a bunch of people who have taken it into their own hands and ... just go out and start destroying the things.''

He said they were efficient growers but easy to kill by chopping them down and painting the stump with poison. The West Harbour Beautification Group was keen to work with the council and other landowners to tackle the problem, he said.