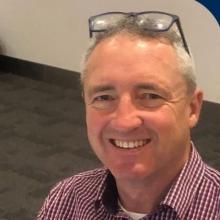 Independent commissioners Rob van Voorthuysen, Jan Caunter and Rosalind Day-Cleavin heard 18 of 22 scheduled council experts on the first day of a hearing for the council’s application for a new landfill south of the city.

After the council’s application was first lodged, the proposal for the landfill has been significantly reduced in size, from 44ha to 18.5ha, so as to avoid a direct impact on wetlands at the site.

As such, the council now says its proposal would have only minor and acceptable effects on the environment.

That will separate food waste from the waste to be disposed of at the site, removing organic material dangerously attractive to birds.

Birds flocking to the site could pose a threat to aviation safety and has emerged as a potentially major obstacle for the council’s plans to dispose of the city’s waste just 4.5km southwest of the airport.

Council experts were given time yesterday to counter arguments raised in submissions opposed to the landfill application.

In a legal submission last week, Gallaway Cook Allan senior environmental and resource management law expert Phil Page said the site selected for the landfill fell well within a 13km exclusion zone that civil aviation guidelines recommend — and any increase in the risk to aviation safety must be "avoided".

"The mind-focusing scenario for DIAL [the airport] is black-backed gulls bringing down a commercial aircraft," the airport’s lawyer wrote.

"I would suggest that that concern should be something — for an airport that agrees that it has an existing high risk — that it might like to look at its own boundaries to see how it might avoid such an occurrence in its own operations."

For instance, harvesting grass on airport property was something considered by civil aviation authorities as a risk but deemed appropriate by the airport for its own property, he said.

Those sorts of loads would be less frequent than once a day; they would make up about 1% of the total volume of the landfill; and the loads would be immediately buried within a pit at the site, Mr Shaw said.

The amount of food entering the site would be equivalent to zero as far as birds were concerned, he said.

Furthermore, recent surveying showed that if the airport was to follow the strict conditions proposed for the landfill, the number of birds on airport land would have been in breach five times since the start of the year, he said.

"We’ve essentially got a situation here where the airport’s property itself supports a greater number of birds regularly than we are proposing to allow as an acceptable level at the landfill," Mr Shaw said.

"Extrapolate that if you may. By September we might be expecting to need a net over the airport were the same conditions to be applied."

GHD senior project manager Richard Coombe said the landfill liner would last about 150 years and after about 60 years the waste would be practically inert.

It would take years for any leakage of leachate from the landfill to make its way down to groundwater, GHD environmental scientist Anthony Kirk said.

Under a worst-case scenario, if contaminants harmful to human health escaped the landfill it was "entirely improbable" it would travel through the waterways to Brighton Beach as some submitters feared, he said.

Speakers for the council were initially expected to present until noon tomorrow, but with only four experts remaining are now expected to conclude today.

The hearing is scheduled to run until May 25.