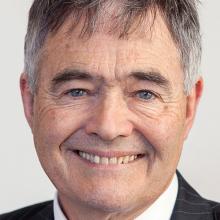 Dave Cull.
The Dunedin City Council has backed out of its undertaking to allow the Frederick St car park to be used for the $300 million redevelopment of Dunedin Hospital.

Instead, the site has been promised to the Accident Compensation Corporation, which is considering consolidating its operations to a proposed multi-storey building there.

"That was then," Mayor Dave Cull said of the council’s change of heart since October when it said the land was earmarked for the hospital. The move has disappointed Dr David Perez, the chairman of the clinical leadership group appointed to advise on the hospital development.

When contacted, Dr Perez said he was surprised, but it was the council’s right to decide the land’s future use.

"Ideally, we’d like to have all options available until the decision is made as to what the configuration is going to be."

Dr Perez said hopes for a hospital precinct involving the University of Otago were still realistic, but the council’s decision would limit some options. Mr Cull said ACC’s plan was "an exciting potential development", and the council could not wait for the hospital rebuild to take shape. ACC was planning national consolidation in future, which could mean more jobs for Dunedin in an organisation that hired university graduates, he said.

ACC has a significant presence in the city, with about  430 roles across the three sites.In October, the council confirmed it had earmarked the 3195sq m Frederick St car park as a potential part of the $300million redevelopment plan.

"We are aware that it might be important, and that’s why we’re having discussions with them to make sure that we don’t do anything that rules out any use for the site," chief executive Sue Bidrose said in October. 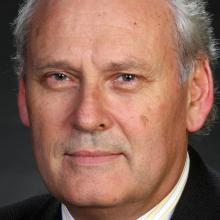 David Perez.
But Mr Cull said the council could not wait for that to happen.

"The time frames for absolute decisions on the rebuild, for instance, they’re two years away to confirm things. This decision had to be made."

The  ODT understands the car park was likely to feature on a long-list of options for the hospital development as parking or other supporting infrastructure.

In October, the ODT reported the University of Otago was willing to consider a land swap of its adjacent land in order to give the Ministry of Health more site options.

Building on the existing site may not be possible due to logistical reasons. One option involves the university relinquishing Hayward College, in Frederick St, which is opposite the car park.

The land swap would mean the university acquired part of the existing hospital site.

The university hopes the new hospital will be at the centre of a precinct linking the organisations.  The council on Tuesday unanimously approved a heads of agreement to give ACC an exclusive due diligence period of a year to assess the development potential of the site.

The council would not discuss or negotiate with any other party relating to the sale and purchase of the property for 12 months.In that time, ACC would investigate the feasibility of building a multi-storey building that would include public car parking and office accommodation for "potential tenancies by ACC, health and tertiary providers".

The council said in a press release it and  ACC were interested in "exploring the opportunity to incorporate a medical hub facility in the development, which would complement the existing components of the medical and tertiary precinct".

Car parking would also be part of the mix, as would links to public transport. ACC had been "proactively looking" for a site and came to the conclusion the Frederick St site was best.

Mr Cull said there was a provision for a range of services from the building, including primary health services.

ACC was rationalising and consolidating it operations.

"There’s the potential for even more consolidation from outside the city, but that’s not promised, and it’s not imminent," he said.

But  if the organisation invested in a new consolidated hub, "you obviously allow for the potential for expansion".

That would be an "absolutely great" reversal of government organisations moving away from Dunedin.

On land required for the rebuild, Mr Cull said what was required had not been determined.

"There are other pieces of land there that will be available."

I understand Mr Cull and co think more people should be on push bikes, but that ignores the reality of Dunedin's topography and population mix.
DCC are actively encouraging the removal of hundreds of parking spaces on Cumberland and Castle sts. Add to that the sale of both the Moray Place and Frederick st car parks and the net loss is how many hundreds of car park places.

DCC & Mr Cull's anti-car crusade is, I am sure, a great hit with some of the community. However making it increasingly difficult for people to visit the city centre and shop or do other business will simply lead to people shopping elsewhere and in time the demise of business in the city.