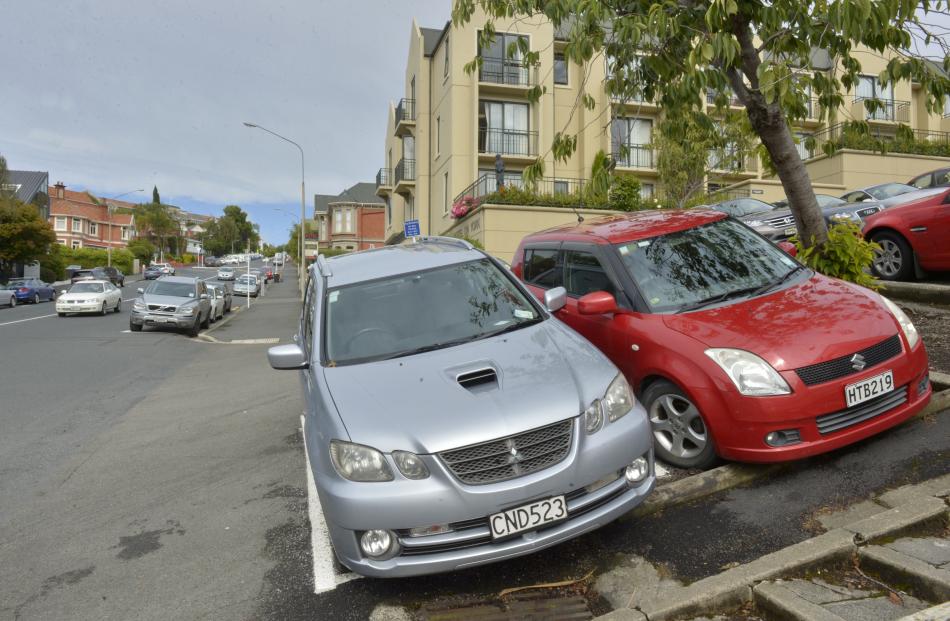 Cars legally parked on pay and display parks at the intersection of York and Haddon Pls. Photos by Gerard O'Brien. 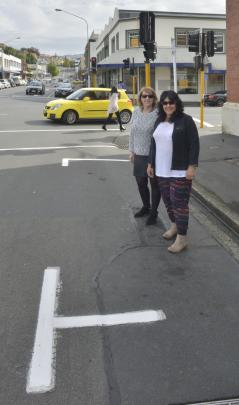 The Dunedin City Council is being slammed by residents who say it has a double standard when it comes to parking.

Dunedin residents Jill Dalwood and Charmaine Mundy made the claim in response to the Otago Daily Times report on Dunedin woman Zoe Cook, who was issued a ticket for $60 for parking her Honda Jazz at the end of Albany St, located within 6m of the intersection with Queen St.

Mrs Dalwood and Mrs Mundy drew attention to how the council had provided metered parks, outlined with white paint, closer than 6m to an intersection.

An example was a metred council car park within 6m of the intersection of Filleul and St Andrew Sts, Mrs Mundy said.

Mrs Dalwood said the council was hypocritical because it ticketed Miss Cook, who was unaware she had parked within 6m of an intersection but was consciously collecting parking revenue on marked parks within 6m.

Miss Cook had questioned the council on where the intersection started in Albany St and why the council ticketed motorists instead of painting yellow lines to make its interpretation of the law clear.

''The rule allows the road controlling authority to decide if it is safe and desirable in terms of parking efficiency to allow parking within an intersection or closer than 6m,'' he said.

Council transport acting group manager Richard Saunders said there were car parks in Dunedin which were painted closer than 6m to an intersection as they had been assessed as safe.

Where there were no marked parks, the code applied and vehicles should remain at least 6m from the intersection, Mr Saunders said.

The council did not paint yellow lines at all intersections as it was not cost-effective to do so and would be visually unappealing, he said.

''We encourage people to familiarise themselves with the road code and ensure they follow the rules.''

Catch a bus and walk.