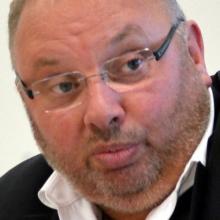 Debt across the companies and the council has  reduced by  $16.8 million to $581 million.

Mr Crombie said yesterday while the council’s debt had dropped by  $30.6 million, lines company Aurora had raised debt as it invested in capital projects.

DCHL’s profit was up 57% to  $20.3 million;  but the increase included a  $9 million non-cash profit from City Forests after a revaluation of the company’s assets.

Operating cash flow was  $31.6 million for the year.

"The ability of the group to maintain strong operational cash flows is important to meet future dividend and capital investment requirements.

"This is a strong result which reflects the hard work and focus of staff and directors of the DCHL group of companies."

There was no dividend to the council this year, although the group distributed  $11.2 million  to the council and subsidiaries,  $5.9 million in interest and  $5.3 million  net in subvention payments.

Mr Crombie said usually those payments would be distributed as well as a dividend, but as had been signalled in the company’s statement of intent, the dividend had not been included this year.

The situation would be similar next year before payments began increasing the year after.

Mr Crombie said the  outlook for the next few years was favourable.

Capital investment by Aurora would provide stability for the company, Delta continued to grow  contracts, and growth in the tourism market would be good for the Taieri Gorge Railway.

Aurora had a slight revenue increase of 0.5% from a combination of growth in electricity connections on Central Otago, recovery of higher transmission charges in the fourth quarter, and higher energy demand.

The company’s financial position was strong, and it was well placed to make infrastructure investments.Demand was strong at Dunedin Airport, which had a record month in March, when 78,167  passengers passed through the gates.

The company report said it was continuing its strategy of sustaining and growing transtasman services.Dunedin Venues Management Limited’s profit this year was "a  turnaround in financial performance".

It reflected both an increase in content offered and the implementation of stadium review recommendations, the company’s  report said.

As a result of the review,  the rent for Forsyth Barr Stadium was halved from $4 million to $2 million.Taieri Gorge Railway Ltd chairman Geoff Thomas said the company recorded a $137,000 profit despite "significant" increased maintenance costs.

Dunedin Venues Limited, which is responsible for maintaining Forsyth Barr Stadium, made a loss of  $3.5 million  compared  with

$4.1 million  the year before. Mr Crombie said that result was better than expected.

Depreciation paid for Forsyth Barr Stadium caused a loss, but not a cash loss.

Mayor Dave Cull said the annual return was a good result, and the group was "tracking as predicted".

The level of distribution without dividend was "absolutely budgeted for in the long-term plan".

Spin and Obfuscation. Where is the critical analysis of these results by the ODT? No dividends to the DCC means that these businesses are there only for the staff and their inflated salaries and not their for their owners, the long suffering ratepayers. It is also noticeable that any notional improvement is only caused by intangibles like interest rates. As there is an expectation of increased interest rates as early as 2018, this lack of attention on real management will ensure no dividends for many years.
Sell Delta or manage its staff costs!