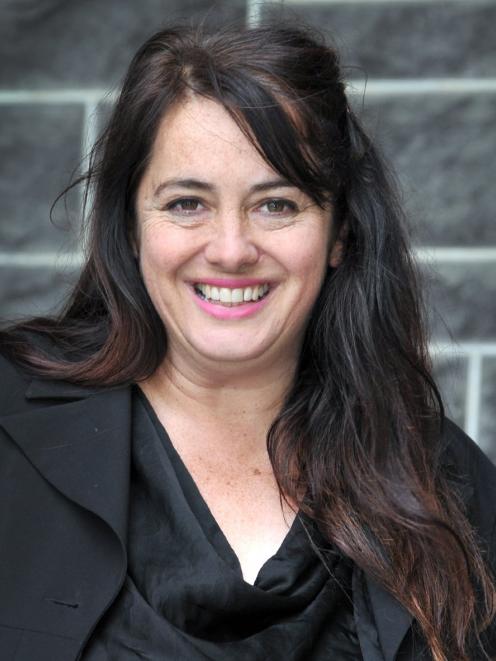 She was a founding member of Team Dunedin, which has been pushed by another mayoralty candidate, Cr Jules Radich, as a group effort to shift the direction of the council.

“My running as an independent doesn’t mean I do not align to the vision for Team Dunedin, which is to shake up this year’s election and push for a reset of council priorities, but given Jules Radich is also running for mayor, it makes sense we don’t confuse voters by having two members within Team Dunedin vying for the top job," Cr Houlahan said.

“I believe we are both strong candidates and we both aspire for the best for Dunedin.”

Cr Houlahan confirmed her mayoralty bid on Pink Shirt Day, which is an anti-bullying campaign.

She was particularly worried about the impact of bullying on young people and highlighted questionable conduct from some councillors.

That included off-mic comments or councillors swearing under their breath.

Female councillors wore pink items of clothing during 10-year plan deliberations last year after tensions rose to the surface between some of their male counterparts and insults were exchanged.

At one point, senior councillor Chris Staynes urged his colleagues to stop behaving like squabbling children.

"There's no need for it," Cr Houlahan said today.

"They're professionals. They need to grow up."

Cr Houlahan said she had worked well with councillors and council staff, "but I am not afraid to question council decisions or confront the mayor on difficult issues".

"Change is desperately needed if Dunedin is to move forward and thrive,” Cr Houlahan said.

"The next three years are important as we move from lockdowns and restrictions to opportunities for growth."

Recent commentary from Business South highlighted business frustration with the council and a perceived lack of open and transparent conversation, she said.

Many businesses had opposed making the city's main shopping street, George St, a slow-speed one-way street, but the council pushed forward regardless, she said.

Cr Houlahan, a former journalist, has a masters in entrepreneurial business and said she was keen to support the startup sector and encourage growth in the digital sector through the Centre for Digital Excellence.

It was important for women to stand for leadership roles, she said.

"I hope by standing for mayor I can inspire other women to do the same in the future, as former Dunedin mayor Sukhi Turner once inspired me."

Cr Lee Vandervis, a close second to Mr Hawkins in the 2019 mayoralty contest, is also standing for the mayoralty this year.

The election is in October.