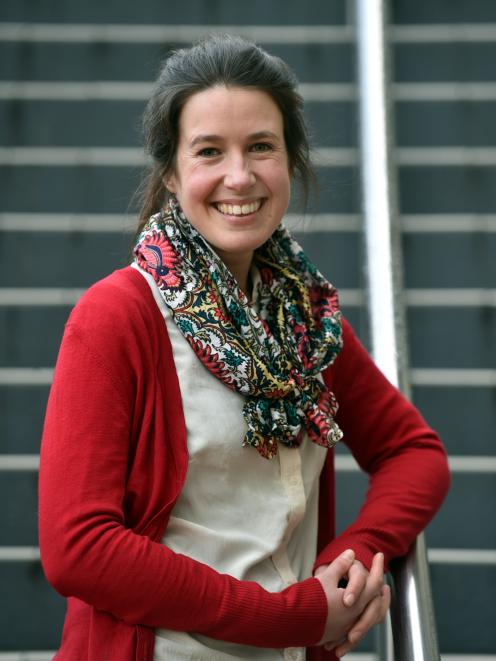 Cr MacTavish (31) left it to the very last minute to make her decision not to stand for re-election, going public late yesterday morning as nominations for the October election closed.

The 2002 Waitaki Girls’ High School Class Act recipient was elected to the council on the Greater Dunedin ticket in 2010.

She has exhibited a passion for environmental and sustainability causes during her stint.

Cr MacTavish said yesterday she had plans for her future outside the council.

While those were not yet certainties,  she was keen to do conservation work, and policy work for public agencies or non-government organisations, she said.

"There’s lot of things I’d like to do, and I’ll be looking into different options over the next little while.

"It’s been such a process to even get to the point where I felt I’ve made this decision, I haven’t had time to look  into specific opportunities."

Deciding whether or not to run had been "very hard", and she had waited until the last minute to make a final call in case she changed her mind, she said.

She was planning to stay in Dunedin "for now".

"I feel very lucky to call this wonderful city home."

She was also proud of the "courageous and progressive community" Dunedin had become.

Cr MacTavish said she had no specific plans in terms of work, but still had time left in her council position.

She has been working on the hearings panel of the council’s second generation district plan, and said her delegation to the committee extended beyond the election.

However, "obviously that can’t continue ad infinitum", and with the hearings that were to have finished this year now extending into next, there was "a practical limit" to how long she could continue.

On the aspects of her role she was most proud of, Cr MacTavish said it was strategic planning the council had done to develop a framework and vision for the city into the future.

There were plans and projects to deliver on that, including an energy plan, the night sky city plan to reduce light and allow more star gazing, work on food resilience, the redevelopment of the warehouse precinct, investment in community hubs and support for community development.

"I’m super excited about some of the actions in our environment strategy," she said.

She would not be drawn on the down side of her term, saying she had not "spent enough time reflecting on things like that".

But, there was no 'downside' to her term. There was downside to the current Council's term.

How times have changed. Sustainability was once known as 'Ecology Action', starting with small steps, like flattening aluminum empties, putting them in envelopes, and posting to Lion, Thorndon, Wellington. Later, EA got very activist.