No date yet for work on St Andrew St car park

Terri Woods says she will have to come into work earlier to find a park when the St Andrew St car park closes temporarily. Photo: Christine O'Connor
A large inner-city commuter car park in Dunedin is still set to close for two months, but the Dunedin City Council is unable to say when.

The council announced in July the popular all-day St Andrew St commuter car park - with space for up to 300 vehicles - would be closed for about two months when work began on the latest link in the city's cycle network.

Work on the cycleway extension, connecting the central city to the West Harbour shared path, was originally expected to start at short notice, sometime between July and September, and take up to eight weeks to complete.

When it reopened, the redeveloped car park would be sealed, with better drainage and safer entrances, and car parks would be marked.

However, council infrastructure services general manager Simon Drew, responding to ODT questions via a spokeswoman, could only say the project was still going ahead.

Exactly when ''has not been confirmed yet'', but the delay was because the council was ''still confirming funding arrangements'', he said.

The council was also still considering whether alternative parking arrangements could be put in place to accommodate motorists used to parking in the area while it was closed, he said.

The council also could not yet say whether the number of car parks at the site would be permanently reduced as a result of the upgrade, nor how much that aspect of the project would cost.

''We are confirming the final design, which will provide the total number of parks to be provided.

''We will provide further information about timing in the next few weeks.'' 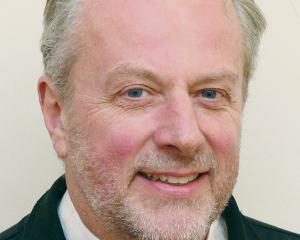