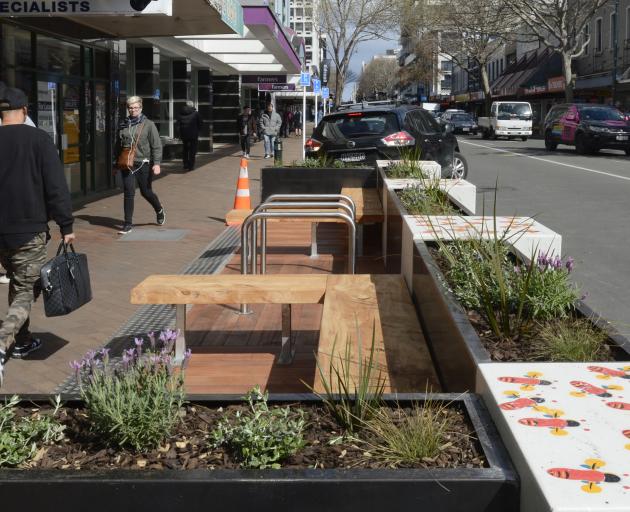 Dunedin City Council transport engineering and road safety team leader Hjarne Poulsen said the two parklets located on George St were moved because they were located too close to intersections.

Hjarne Poulsen
The parklet on Princes St has been moved to the middle of the block between the Octagon and Moray Pl.

"We are satisfied visibility of the parklets has been improved by surrounding them with flexible bollards," Mr Poulsen said.

"Eventually we will replace these bollards with reflectors attached to the parklets."

The review was initiated after a bus crashed into one of the George St parklets last month, just a matter of weeks after it was converted from a bus stop.

At the time, council city services general manager Sandy Graham said safety was a key consideration when the council was designing the parklets.

"They meet safety standards and allow sufficient space for vehicles, and while this is an isolated incident, we will be reviewing the parklets so that they are as safe as possible."

When the parklets were announced, council staff said the structures were likely to remain in place until permanent street-scape works were undertaken as part of the planned George St upgrade.

The parklet in Princes St might be in place longer, as it would not be affected by the George St works.

So who at the council failed to do their job on the initial placement of these things?
More rework at the ratepayer expense...

Never mind DCC, it's only ratepayer money. Plenty more where that come from, right?!