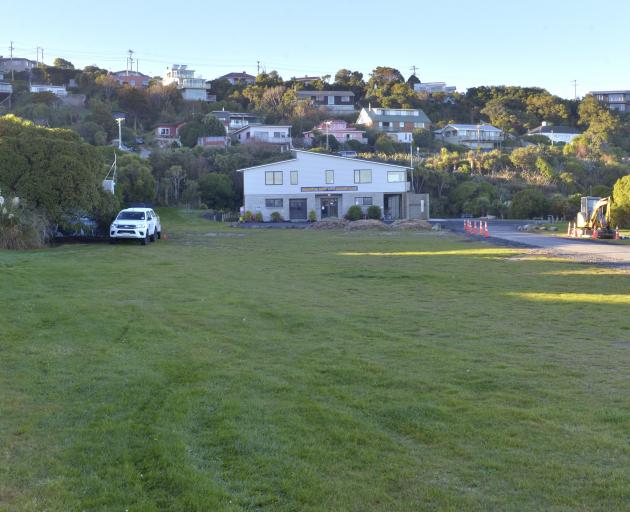 After an outcry from those potentially affected, a proposal for camps at Rotary Park in Highcliff, Brighton Surf Life Saving Club and at Puddle Alley near Invermay has been dumped.

A report late last month said the sites were needed in response to an overflow of campers at Ocean View and Warrington.

At a council meeting on May 30 it was decided discussion on the report would be delayed pending information from a national freedom camping forum.

In the agenda for tomorrow's full council meeting the report appears, but all mention of the three sites is gone.

The report instead recommends a special consultative procedure to determine the community's views on the issue.

It was appropriate the council revisited its approach to freedom camping by way of public consultation because of a ''wide range of views expressed both formally and informally by the community and community board members in relation to the report, and on wider issues related to freedom camping over the last season''.

The original report proposing the new sites said there had been a 37% increase in vehicles using the Warrington freedom camping site in February and March this year, compared with the year before.

Dunedin City Council recreation planning and facilities manager Jendi Paterson said tomorrow's report was not site-specific, and consultation would focus on criteria rather than location.

''The park is used very well by locals so we just didn't want trash everywhere and that would have been the risk if it had been opened up to freedom campers.''

Waverley and Andersons Bay residents were so opposed to the initial proposal to allow camping at the park they started a petition, she said.

Saddle Hill Community Board chairman Scott Weatherall, who was criticised online for supporting the proposal to allow freedom camping outside the Brighton Surf Life Saving Club, supported the U-turn.

''I think they have probably listened to what the community have had to say in the brief, unofficial consultative stage we have had.''

The board would continue to support freedom camping in the area, Mr Weatherall said.

Mosgiel Taieri Community board chairwoman Sarah Nitis said the board was most opposed to the community having to pay for the infrastructure.

''I believe non-self-contained freedom campers would be welcome in Mosgiel if central Government paid for it.''

A headline something like: "DCC listens to freedom camping submitters' is arguably more informative and definitely more upbeat. DCC is re-considering its original proposals in the light of strong submissions from people and groups directly affected and is now seeking the views of the wider community. That's a good thing. DCC is so often criticized for not listening to public views that IMO it is worth acknowledging and encouraging them when they do. The term 'U-term' might take up less space but it tends to imply the DCC can't make up its mind. 'U-term' has become a bit of a political cliche - a way to find fault with politicians regardless of whether any fault really exists.

It's about time "freedom camping" was knocked on the head permanently.

Over many years cheap travellers have trashed & polluted some of NZ's most special and beautiful places. The word has spread around that its a great place for a cheap gap year. Buy a cheap car, camp for free, ACC medical treatment from action sports for free. In fact it's cheaper than living in their home country. Any spare cash goes on 'fun'. Great for the tourist company shareholders but not for the tax and rate payers.