By Grant Miller
6 Comments
"Sorry" may be a hard word to use, but one Dunedin councillor has not shied away from it over lead contamination of drinking water.

Cr Andrew Whiley joined several councillors in praising the way Dunedin City Council staff had handled the situation in the past month, including knocking on doors to advise affected residents not to drink from their tap water and providing an alternative supply.

"But at the bottom of it, it’s the people of Waikouaiti, Karitane and Hawksbury village that have been affected here,"Cr Whiley said.

"Personally, I’m sorry they went through this."

Cr Whiley noted emotions evident at a public meeting this month in Waikouaiti.

"And I think the word ‘sorry’ hasn’t been used enough, I’ve hardly heard it — I haven’t heard it once today.

"That, to me, is the most important part — to say we’re sorry this community went through this."

Councillors today reflected on a report by council staff to the infrastructure services committee. 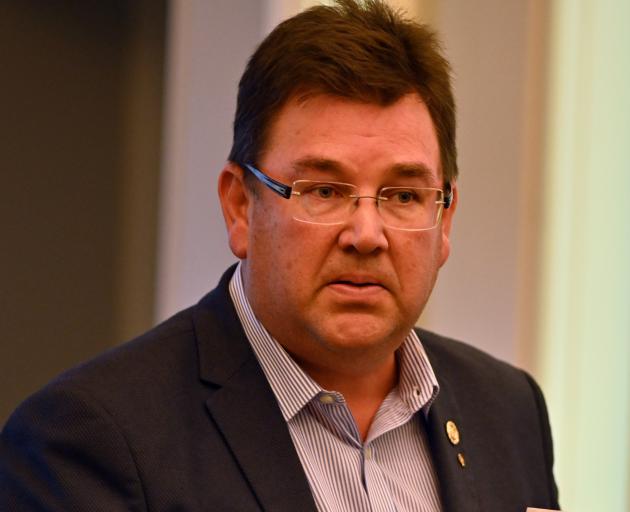 Some councillors, led by Cr Steve Walker, objected to what they called sensationalist media coverage.

The council has emphasised elevated lead readings have been intermittent, rather than constant.

It also carried out the initial testing for metals to check for corrosion of pipes, not because of any requirement in drinking water standards.

Cr Jules Radich said staff had been victims of their own excellence.

A result received by the council in August last year led to more testing being carried out immediately, he said.

Spikes in lead had been surprising and January 2021 samples resulted in swift action, Cr Radich said.

The source of occasional elevated lead levels is not known, but the frequency of testing and range of methods have been boosted.

Council chief executive Sandy Graham said the council may not ever know why an elevated lead level was picked up at the Waikouaiti raw water reservoir last month.

This result prompted officials to advise residents of the three communities to stop drinking water from their taps, nor use it for cooking, from February 2.

The council has indicated some confidence old sections of pipe could contribute to elevated lead readings. They are being replaced.

Cr Jim O’Malley said people should be prepared for a period of uncertainty, ahead of analysis of residents’ blood test results and while efforts continued to understand the water problem.

He drew attention to the Government’s Water Services Bill and suggested metals in water would now need to be considered more carefully nationally.

He also said Mayor Aaron Hawkins sitting among the crowd initially at the public meeting in Waikouaiti, rather than being part of a panel on stage, was not an abdication of responsibility.

"I asked to be on the stage that day," Cr O’Malley said.

Cr Lee Vandervis sought to clarify whether the council had received clear advice against notifying the public earlier than February 2.

Ms Graham said this would be covered in a review.

Waikouaiti Coast Community Board chairman Alasdair Morrison said the public announcement of a problem was not the council’s finest hour, but everything since had been handled well.

Cr Whiley’s sorrow was not the first piece of apologetic language from the council over the matter.

Mr Hawkins had apologised for repeating a piece of incorrect information. So the Mayor was sorry for stating the wrong information and the testing was about the condition of the pipe network, not water quality, soo looking forward to the next round of elections.

'Cr Jules Radich said staff had been victims of their own excellence'. There is much to say about that comment councilor but I don't for a moment think such words would appear in a family orientated paper such as the ODT.

Victims of their own excellence. OMG. That is a pretty low bar right there.

Cr Jules Radich said staff had been victims of their own excellence. Nothing excellent about this situation. Firstly, lead in water supply not being alerted within DCC and not brought to upper management attention, nor externally, systems such that if one person does not attend to their mailbox, whole communities could be put at risk and systems of alerting and precaution just non-existence as evidenced in statements given. Archaic systems are not systems of excellent and no indication of quality assurance practices occurring either. Cr Jules Radich thinks this is excellence then he has no appreciation of what systems should do and people should do, to provide excellence and DCC shows little appreciation either of what needs to be occur within it's systems and governance structures.

Cr Walker leading the charge against "sensationalist media coverage"... Another pointless rant from Walker. I wonder if resolving the lead issue would be moving as quickly as it is now, if not for the national media coverage. Walker and his cronies are only interested in commenting when something happens on their watch that shows they are not up to the job they were elected for.

Safe drinking water should be a fundamental right of New Zealanders.

There are no excuses, except spending money painting circles on the roads instead of checking the safety of infrastructure that carries our drinking water!

This failing is reprehensible. The Council are culpable and must be held to account!