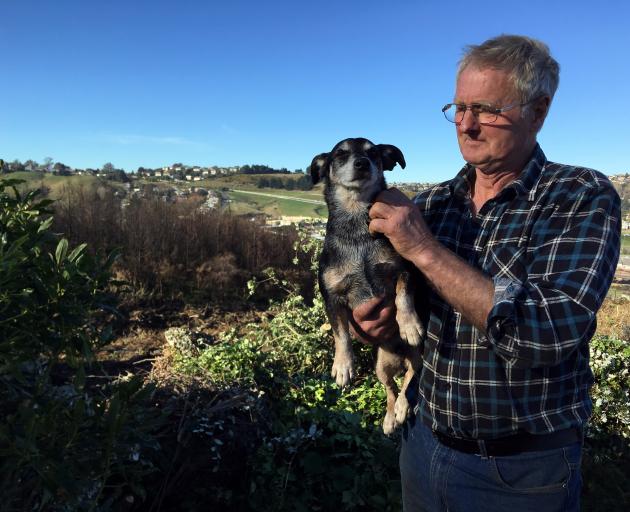 Dunedin City Council should lower its fee for dumping green waste, a community board member says.

But a council manager says the fee includes a range of "costs and obligations'', which he hopes the Government will apply to every operator to "level the playing field''.

Saddle Hill Community Board member Keith McFadyen, speaking at a board meeting this month, told council waste and environmental solutions group manager Chris Henderson it "cost too much'' to dump green waste at Green Island Landfill.

People were dumping vegetation at Burnside business Greenwaste because it was cheaper, Mr McFadyen said.

Mr Henderson said Greenwaste did not need a resource consent, because green waste landfilling was a permitted activity under the Otago Regional Council's waste plan.

The Ministry for the Environment was working on a manifesto for minister Eugenie Sage, which could "level the playing field''.

Fewer than 10% of landfills in New Zealand have to pay costs such as the waste levy, he said.

The ministry was investigating making every landfill pay the same levy and compliance costs, he said.

Mr Henderson hoped the ministry would release details on its work in October.

The council's green waste operation was different from his operation. He filled a gully with green waste, creating a "carbon sink''.

"I should be getting carbon credits.''

The council was turning green waste to compost, he said. The compost was hard to sell because superior products were readily available.

Greenwaste opened in late 2014 but if vegetation continued to come to the site at the same rate, the capacity would be reached in two years and the business would need to close.

However, he was investigating transforming the green waste to fuel by chipping it, drying it and creating

briquettes. Another option was to close the business in two years and retire, he said.

"My wife keeps saying, 'Why are you still working?' but once you start something it's nice to see it through.

Mr Henderson said most of the compost the council created from green waste was used.

"It's not a great quality product but it is going to commercial operators for ground cover.''

The green waste charges are indeed too high. A car load of green waste, that the DCC can relatively easily turn into compost, costs me $18-$27 to dump. It shouldn't go anywhere near the landfill, at scale it is easy for them to turn into great stuff for gardens and horticulture. Christchurch City Council have done this for years, and don't charge people for the raw materials. Why does DCC make it so hard?