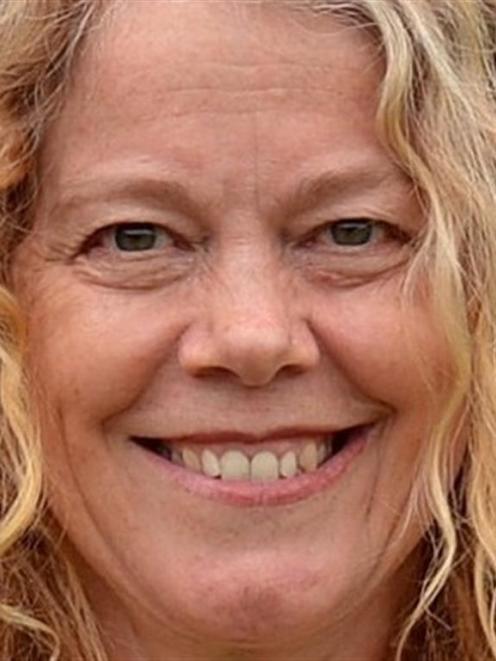 Hilary Calvert.
Delta's potential loss from a stalled Christchurch subdivision could top $20 million, and was still growing as the company pumped more money in to secure its position, it has been confirmed.

But the Dunedin City Council-owned company has all but given up already on recovering at least part of what it is owed, which is included as a "doubtful debt'' on the company's books.

Delta last week confirmed it was chasing a $13.3 million bill for infrastructure work it carried out inside the Yaldhurst Village subdivision more than three years ago, up from $12.85 million last year.

But the company's books also included $11.7 million in "doubtful debts'', most of which was interest and penalty fees related to the outstanding bill from Yaldhurst Village, Mr Crombie confirmed yesterday.

Cr Hilary Calvert, speaking at yesterday's meeting, suggested the true size of the bill could therefore be as high as $24 million, if all the outstanding interest and penalty fees were included.

Mr Crombie said the outstanding amount "never got that high'', but interest and penalties were "horrendous'' over the years they had been accruing.

The $13.3 million Delta was still chasing had been agreed with help from an independent valuer and auditor, and was the sum the company believed was "collectable'', he said.

Mr Crombie, pressed by Cr Lee Vandervis, could not give an exact figure for the value of penalty charges arising from the bill, but believed that was "probably irrelevant'' now.

However, the meeting grew tense as Cr Vandervis demanded to know if it was also true Delta had spent $3 million buying up Yaldhurst Village debt owed to two other creditors - Gold Band Finance and Avanti Finance.

Council group chief financial officer Grant McKenzie said Delta had paid money to strengthen its position, but did not know the figures involved.

Dunedin Mayor Dave Cull said the details were probably "confidential'' anyway, and told staff they did not need to answer further questions about it.

Mr McKenzie, speaking to the ODT after the meeting, said the transactions took place last year, when Delta bought parts of other parties' debt - further up the list of secured creditors - to strengthen its position.

The suggested figure of $3 million was not accurate, but he could not say what the sums involved were.

The company assessed the recoverable debt at $13.3 million, but under financial reporting standards was also required to calculate a total figure of the outstanding debt including all possible penalty interest and charges, he said.

He would not say what the total came to, but the approach "explains the difference in the higher figures Cr Calvert was referencing'', he said.

Yesterday's debate came after the ODT reported on Saturday the Yaldhurst Village subdivision remained mired in legal action, with roading and property title problems, and was the subject of a mortgagee sale.

Mr Cameron said last week Delta was a secured creditor, and the mortgagee sale was "the most significant movement for some time'' towards a payment.

But council finance committee chairman Cr Richard Thomson said there were no guarantees the company would receive the $13.3 million.

"Clearly, some part of it [the money] is going to go south - it's only a question of what proportion.''