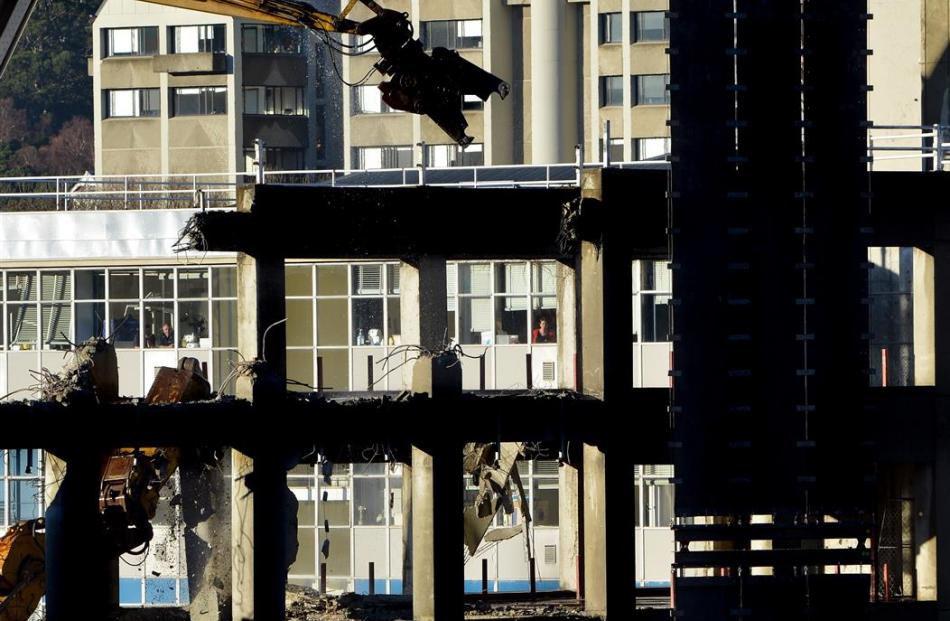 Ongoing demolition at the University of Otago School of Dentistry has caused disruption for students and patients. Photos by Stephen Jaquiery.

More than 500 patients receiving treatment at the University of Otago School of Dentistry have had appointments cancelled or rescheduled because of demolition work within the building.

A university spokeswoman said the School of Dentistry decided to cancel clinics because 19 toilets had been closed during demolition.

The closures stopped clinic time for all bachelor of dental and oral health students and their patients.

However, fifth-year dentistry clinics would continue.

The university had provided portable toilets, Portaloos, and some patients were being re-directed to student/staff-only toilets, the spokeswoman said.

Dental students were told about the clinic closures at a meeting with Prof Paul Brunton on May 24, a week before the clinics were stopped.

New Zealand Dental Association student president Andrew Lamb said dental students initially were disappointed by the decision, but they had

since been assured catch-up clinics would be offered.

"We were also shocked that the majority of students wouldn't be having clinics for the rest of the semester.''

"It is an absolute disruption to patients who are sometimes in the middle of their treatment.''

The emergency clinic remained open so patients in need of acute care could still be treated, he said.

The demolition is part of a $126million redevelopment of the building, which started in January.

The university acknowledged things did not ‘‘always go strictly to plan'' during major construction projects.

"Our overriding goal is to work towards keeping delays to a minimum.''

It was expected the 19 toilets would remain closed until tomorrow when above-ground demolition work was scheduled for completion.

Further demolition would continue through the semester break , including the removal of floor slab, work which was particularly noisy, the spokeswoman said.