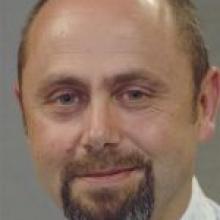 Emphasising this was his personal opinion, Mr Fraser said having one board would benefit both populations, but particularly Southland.

One regional board offering employment would be much more attractive than either board trying to recruit for its own area.

However, he said any move for a merger was unlikely to come from the Otago board, because that could be interpreted as a takeover, when the boards had been keen to be seen as equals.

Ultimately, the decision was likely to rest with the Southland public, Mr Fraser (48) said.

They are going to need to understand and be convinced that it will be better."

The Government imposing a merger on the boards would be counterproductive, he said.

The boards have one service in common, Southern Blood and Cancer, two of their advisory committees meet with common membership and several senior management members, including Mr Fraser, work across both boards.

Some policies have been developed to cover both boards too, including the new procurement, buying and tendering policy.

Mr Fraser said he did not believe there was a mood for major change in the district health board set-up.

People got sick of the constant restructuring in the 1980s and '90s and unless there was some crisis, it seemed likely the status quo would prevail.

A weakness in the system was that there was always a risk that district health boards could be biased towards the provision of hospital services at the expense of other services in primary care, particularly when boards came under financial pressure.

The Otago board was very conscious of this issue.

The constant battle to strike a balance between access to services and working within a budget was nothing new.

In any system where people did not have to pay directly for a service, demand would always exceed supply.

He predicted the new financial year for the board would be tighter than this year, with much pressure caused by wages.

Boards faced massive work force issues in the future while they also tried to cope with an ageing population and what was known as the " wall of chronic disease" coming .

However, Mr Fraser said he did not want to sound pessimistic.

"There are a lot of really bright people working in these boards, with a real will to work together to come up with solutions."

Mr Fraser farmed for 16 years before he began studying for an accounting degree at the University of Otago and then a master of business administration.

He came into the health sector by accident, when someone asked him to work on a project when he was doing his MBA, and he stayed.

He worked for former National minister of health Wyatt Creech as a senior policy adviser, for the Health Funding Authority and the Southern Regional Health Authority. When he leaves the board at the end of this month he will go back to private consultancy in the health field with his company FraserGroup Consulting Ltd.

He said he was not dissatisfied with his job and supported the direction of the Otago board but, after five years in the position, he felt he needed more challenge and variety.