Deportees longing for their families 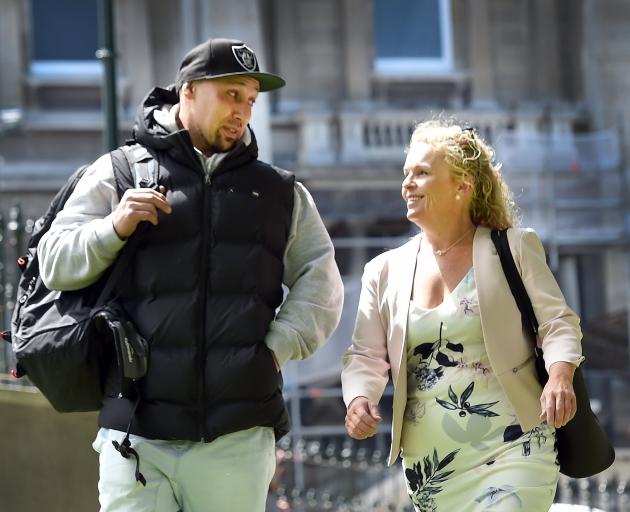 Australian deportee Brad Sinoti meets Route 501 Advocacy and Support Ltd founder Filipa Payne in Dunedin yesterday, to work on a way for him and other deportees to visit Australia on compassionate grounds. PHOTO: PETER MCINTOSH
After being released from his third stint in a Brisbane prison, Brad Sinoti feels just as trapped as ever.

On his release, the Dunedin-born construction worker was swiftly moved to a detention centre for eight months, before being handcuffed again and put on a plane back to New Zealand as part of the Australian Government’s controversial Migration Act 1958.

Known as a "501 deportee", the 40-year-old can not return to Australia, where he lived for more than a decade, or visit his three children in Brisbane.

"They’re the ones getting punished for me getting sent here, because they miss out on spending time with their father."

Mr Sinoti said he was convicted for drug dealing several times and spent more than a year in jail.

"You get your parole, which tells you you’re safe enough to get back in the community, and then they try to tell you that you’re a bad character for the community, so it’s a bit of a contradiction.

"They didn’t give me a chance to change. They didn’t offer me any sort of support."

He said his deportation was "humiliating".

Since returning to Dunedin, he had turned his life around and was working as a builder.

However, he felt trapped here and was yearning to return to Australia to see his children.

"It’s a hard time at the moment.

"I don’t need to live there. I just want to visit.

"There should be some sort of legislation put in place — three-day visas, whatever, as long as I get to see my children."

Mr Sinoti is one of 75 Australian 501 deportees living around New Zealand who are meeting Route 501 Advocacy and Support Ltd founder Filipa Payne, of Christchurch.

Ms Payne was in Dunedin yesterday as part of her hikoi around the country, collecting information from deportees to create a class action lawsuit against the Australian government.

The lawsuit aims to hold the Australian government accountable for human rights injustices concerning the treatment of deportees and detainees (and their children where applicable) who have fallen victim to the hard-line approach.

"We would like to see compassionate grounds for people to re-enter Australia so they can deal with family deaths and attend marriages," she said.

She took up the challenge after visiting one of the Australian detention centres.

"I saw grown men that were overwhelmed and needing support, and I found it very hard to leave the detention centre that day.

"I made a promise to myself and to the people in the centre, that I would do everything I could to actively bring their voices and their stories out.

"While this crisis is huge, we’re optimistic.

"We know how we can make progress every day with the help of local partners and generous supporters.

"If we work together, we believe everyone will have access to life’s most basic human rights within our lifetime."